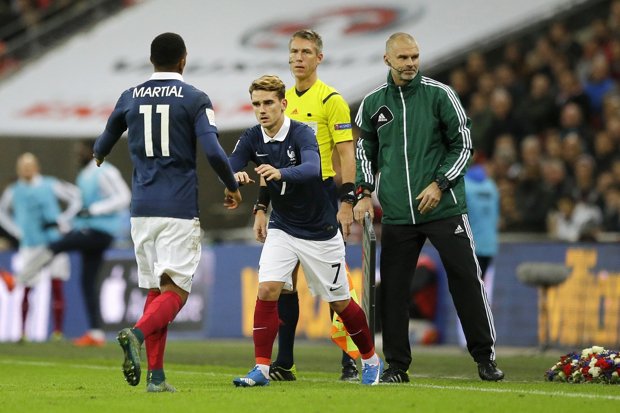 In what has been an international break of considerably less focus on football amid the cloud of terror attacks in Paris, Manchester United have been handed a blow as striker Anthony Martial went off injured last night in France’s friendly defeat to England at Wembley.

Martial started the game which ended in a 2-0 England win but had to be taken off in the 67th minute after sustaining a foot injury midway through the second half. He later hobbled out of the stadium in crutches.

The 19-year-old, who is one of the highest scorers for United this season with five goals thus far, is a doubt for the Red Devils’ trip to Watford’s Vicarage Road Saturday lunchtime. However, France manager Didier Deschamps revealed after last night’s game that Martial’s injury was just a knock, although he said the player was in quite a bit of pain.

“He was in quite a bit of pain after the match. He got a kick in the penalty area. I think it’s just a knock rather than anything else to the top of his foot,” Deschamps was quoted as saying by the Times.

The Frenchman, who arrived at the club only this summer from Monaco, will undergo a scan at United’s Carrington training complex later today to ascertain the extent of the damage. It is not all bad news for United though, as midfielder Michael Carrick is set to return sooner than expected. 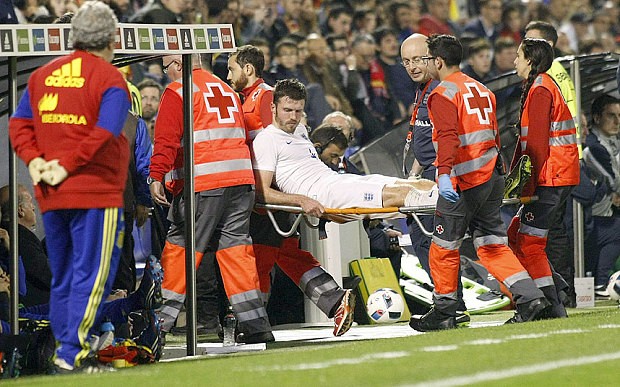 Carrick suffered an ankle injury in Alicante on Saturday in England’s friendly with Spain, and initial reports had suggested the 34-year-old could be set for a lengthy layoff, and even England manager Roy Hodgson suggested Carrick’s injury “didn’t look good”.

According to various sources including the Telegraph, United’s initial assessment on Carrick’s injury has been positive and although United’s medical staff are yet to make a full assessment, chances are that Carrick will not face a lengthy spell on the sidelines as initially feared.

Carrick is set to miss Saturday’s Watford game as well as United’s Champions League clash with PSV Eindhoven next Wednesday. He could be back in the fold by the end of this month or by early December if his recovery goes along smoothly.