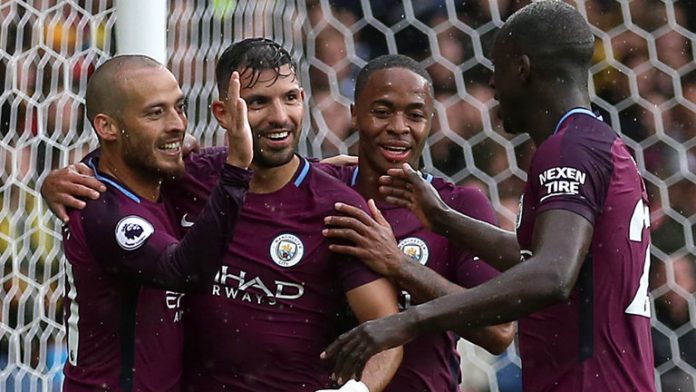 The two Manchester giants are locked together at the top of the Premier League with 13 points after five games after impressive starts to the campaign.

City produced a dominant performance at Watford over the weekend, but Neville has expressed doubts over their ability to stay the course in the title race.

“I think City were always going to be more impressive in their attacking style and it feels similar to the battles we had with Arsenal when they were playing fluid football and we, while also being an attacking side, were more powerful,” he told Sky Sports.

“The Arsenal of yesteryear were similar to this Manchester City side in terms of playing really exciting football, but the challenge is doing that in tougher games.

“I think what we want to see is them tested in big games and that was developing against Liverpool before the Sadio Mane red card, so, for now, they’ve only demonstrated they can dominate the lower teams.”

In addition to beating Watford this term, City have defeated Brighton, Bournemouth and Liverpool and drawn with Everton, suggesting Neville may have a point.

They will be expected to defeat Crystal Palace this coming Saturday, with the trip to Chelsea the following weekend their first proper test of the season.

City lost both games against Chelsea last term and will need to perform better this time around if their title challenge is to be taken seriously.