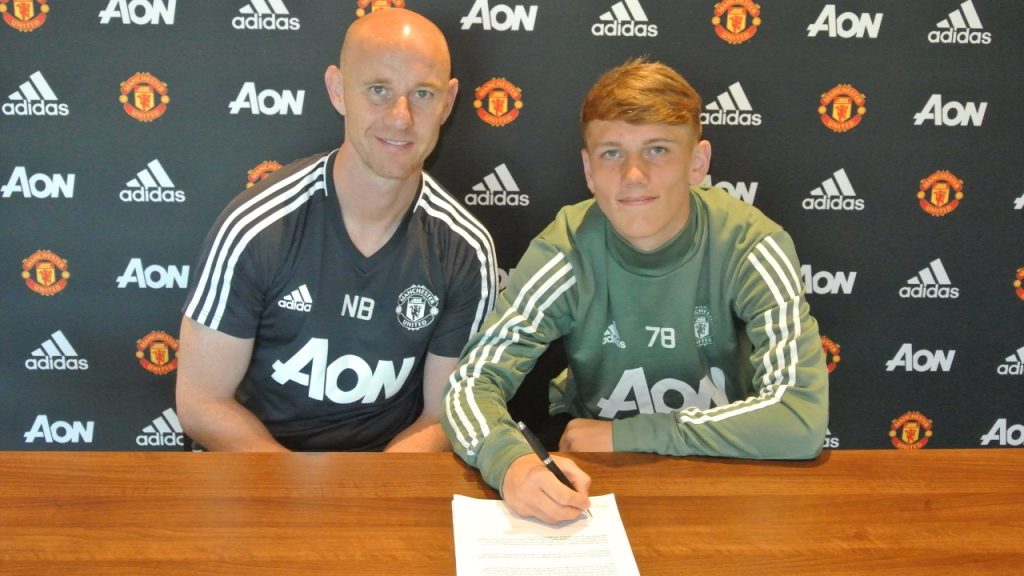 Manchester United have confirmed midfielder Ethan Galbraith has signed his first professional contract. The 17-year-old has made 15 appearances for the u18s under Kieran McKenna and has clearly impressed enough to get a deal that will take him into his adult years at the club.

“It’s a proud moment for me and my family. Growing up as a young kid, obviously I always wanted to play football – especially for the biggest club in the world as well,” he said.

“I’m very proud and just want to push on from here. It’s been a great year. We won the league but, obviously, that’s a bonus. I’ve settled in well with the family I’ve moved in with and it’s all been great.”

Galbraith joined United from Linfield, impressing during a trial at the Aon Training Complex. He was spotted by scout Tony Coulter and will now look to follow in the footsteps of Paul Pogba and Scott McTominay who have become first-team players after turning out in the academy in the past.

Manager Jose Mourinho has afforded minutes to United’s young stars, with Marcus Rashford and Jesse Lingard sharing 3683 minutes of Premier League football, so Galbraith could get his chance in the first-team if he impresses for the u18s and reserves.

The path from youth prospect to nail down a starting place in the senior side isn’t easy, with the likes of Nemanja Matic, Paul Pogba, Ander Herrera and Marouane Fellaini for competition, but Scott McTominay briefly disrupted the status quo last season to pick up 630 minutes in the league – more than Fellaini, Matteo Darmian, Daley Blind and Michael Carrick.

Galbraith has every chance of emulating the Scottish international if he applies himself as McTominay did.