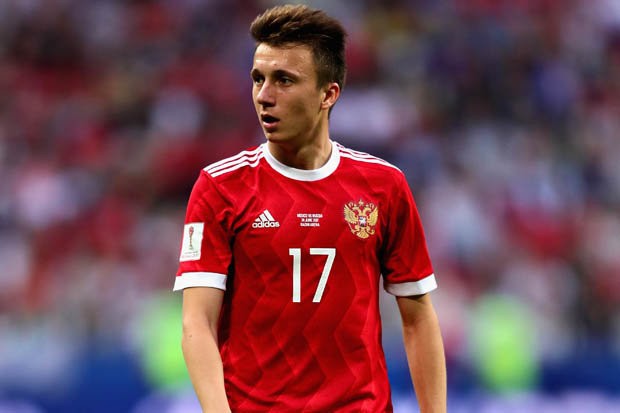 According to The S*n, Manchester United are closing in on a deal for CSKA Moscow midfielder Aleksandr Golovin, whom Jose Mourinho reportedly regards as the ‘golden boy of Russian football’.

The United manager will ‘blow his rivals out the water’ if he lands Golovin’s signature, but Juan Mata could be the player to make way. Golovin rose through the youth ranks to the CSKA first-team in 2015 and has gone on to make 113 appearances in all competitions, scoring and creating 24 goals.

The 22-year-old is creative, has a good eye for goal and works hard off the ball to turnover possession. He has all the attributes of a typical Mourinho signing and could be on his way to Old Trafford this summer.

As for Mata, however, the Spanish playmaker could be on his way out. He featured a lot last season but has stiff competition for a starting place, with Anthony Martial, Alexis Sanchez, Jesse Lingard and Marcus Rashford fighting for game time, which could see him fall down the pecking order if he stayed.

United have already lost Michael Carrick, while Marouane Fellaini is on the verge of a departure, so they desperately need at least one replacement in midfield. Golovin is coveted by many clubs, but The Sun believe Mourinho will win the race for his signature.