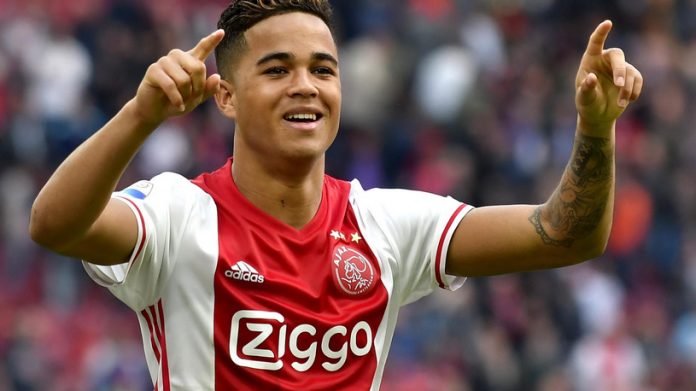 Ajax starlet Justin Kluivert is poised to complete his move to Roma on Tuesday in a reported £17.6 million transfer deal.

Justin, who is the son of former Netherlands striker Patrick, was heavily linked with a move to Premier League giants Manchester United.

But it appears that Champions League semi-finalists have won the race for Kluivert’s signature after he was pictured arriving in Rome on Monday night ahead of his medical.

The 19-year-old made his debut for Ajax in January 2017 as he scored 10 goals in 30 appearances only last season.

And according to the Mirror, Justin’s father Patrick Kluivert urged the young winger to stay at Ajax for another campaign but to no avail.

“I personally said to him maybe it’s better to stay one more year at Ajax, to make some kilometres to be important for the team,” Kluivert said.

“He’s 19 years old. He’s still young but he makes his own decisions, and as a dad, I have to stand behind all the decisions that he makes.

“It looks like he’s going to leave Ajax. I think it’s 90 percent sure that he’s going away.

“If he’s got the feeling to leave then he’s got to do that, but he needs to know what things are coming on his way.”