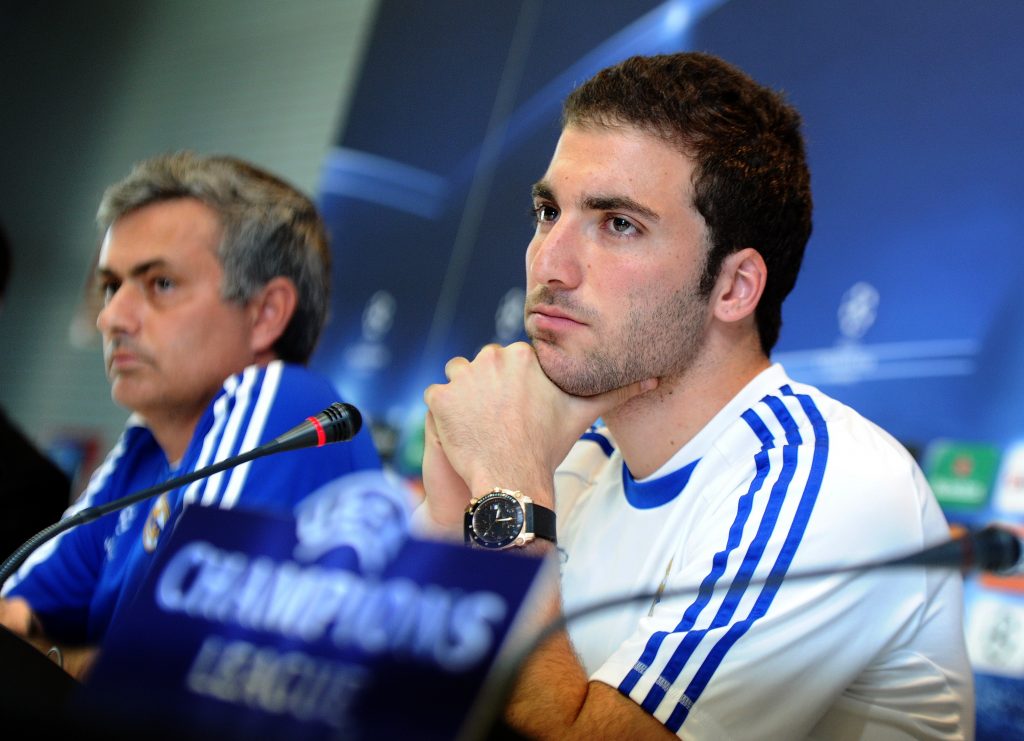 Manchester United have agreed to a deal with Jose Mourinho to take over from Louis Van Gaal at the end of the season.

The former Chelsea manager has agreed to a three-year contract which will see him earning around 16 million pounds per season (300,000 pounds per week) according to reports from Spain.

The Portuguese manager was in talks with Real Madrid before committing his future to Manchester United.

The Serie A top scorer is expected to cost around 90 million euros and the fee should not be a problem for Manchester United. The Old Trafford giants will need to pay a club record fee to land the Argentine hitman.

Higuain has been prolific this season and has scored 27 goals in 35 appearances.

The report states that Manchester United are willing to pay up to 80 million euros for the Napoli forward.

Mourinho has worked with Higuain before at Real Madrid and the pair enjoys a great working relationship. The Napoli striker was linked with a Chelsea move when Mourinho was in charge of the Blues.

Both players are thought to be frustrated with the situation at the club and want out.

Manchester United were linked with both players last summer and it will be interesting to see if they decide to make another move this summer.