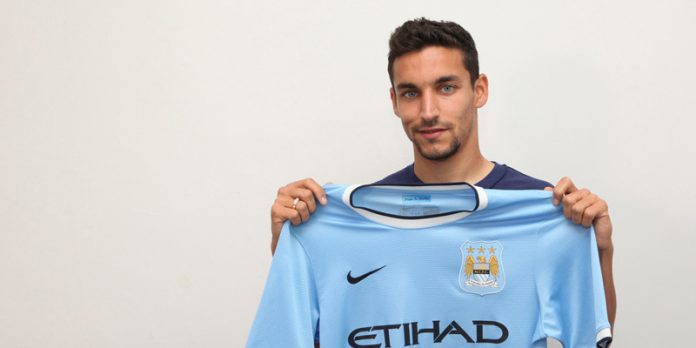 Jesus Navas spent ten years of his playing career at Sevilla. He evaded many top European clubs’ offers to stay at the La Liga side mainly down to his issues with homesickness. Thanks to an unnamed psychologist, Manchester City were able to acquire his services for a fee of £14.9 million for four years.

Navas has made nearly 400 appearances for the La Liga side. He joined Sevilla’s youth academy at the age of 15 and worked his way up to the senior first team. His performances did not go unnoticed at the national level as he was called up for international duty in 2009. He has made 23 appearances for Spain and helped them win the 2010 World and Euro 2012.

Whether his move from sunny Seville to Manchester go well with his homesickness is still to be seen. But Man City have made the gamble which could cost them even more over the course of the season. Reportedly, the total transfer fee could sum up to £17.6 million.

“Manchester City is an exciting project and this is the right moment for me to take this step.

“I’m very happy with the opportunity and the decision.”

“The Premier League is a competition where the football is very fast and will suit the way I play. I’m really looking forward to it.

“I’m going to a great club in England and I want to continue developing my game there. The club has put a lot of faith in me and I want to repay them out on the pitch.”

“I’ve won some important title with Sevilla, but the Champions League is something you always have in mind. And also to enjoy the Premier League and have a really strong year.”

Navas claims that extensive counselling has helped him put his personal anxieties to rest; which had kept him from making a move away from Sevilla. He said:

“I think I’ll be fine. I love what I do, which is to play football, and for me the most important thing is to enjoy it as much as possible, because we have a great squad.

“Well, considering everything, it was the confidence that I could play there and the trust is that I’m very happy to play for such a big club. “

Navas is not the only signing to arrive at the Etihad Stadium. Manchester City have paid £35.2 million to Shakhtar Donetsk to sign the Brazilian midfielder Fernandinho.

To make room for the new signings on the wage bill, City have let Kolo Toure and Wayne Bridge walk out on a free transfer to Liverpool and Reading respectively. Moreover, forgotten striker Roque Santa Cruz’s contract has not been renewed by the club administration.

Since Roberto Mancini was relieved of his duties, Manchester City have not appointed a replacement for him as yet. Manuel Pellegrini’s arrival is said to be imminent since he left Malaga but nothing has been finalised yet. It makes one wonder, who is actually controlling the transfer activity of the club.