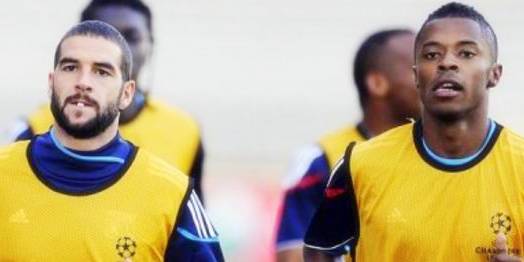 This news would not come as a surprise to most of the fans as the pair were expected to leave the club in the January transfer window. According to Jean-Michel Aulas, although there is a slim chance of Lopez remaining at the club, Michel Bastos is certain to leave this month.

Aulas was quoted in the press:

“It is not true that Lisandro has already said farewell to Lyon fans. There has been a misunderstanding.

“I am waiting on news from Italy and England.

“Juventus and Fiorentina? I know the presidents of both clubs and neither has contacted us directly.”

But the Chairman is more than certain about Bastos’ future at the club. He added:

“I think he [Bastos] will leave in January.

“He is in contact with German, English and Brazilian clubs.”

Argentina international, Lisandro Lopez, recently stepped down as the captain of the side as he wanted to concentrate on his game. But this move has added fuel to the speculations regarding the striker’s future at the club.

Just two days after Maxime Gonalons replaced Lopez as the skipper of the side, reports broke out about a failed loan bid from Juventus for the striker. Lyon is unwilling to send out Lopez on loan and are waiting for a substantial offer.

Italian side Fiorentina has also been linked with the Argentine international and both the clubs are reportedly in talks about the transfer of the striker.

Michel Bastos on the other hand is seemingly on his way to Germany. Recent reports suggest that the Brazilian has agreed personal terms with the Bundesliga club, despite interests from various clubs in England.

Earlier Tottenham and Besiktas were interested in the versatile attacker, but it seems like Schalke 04 have stolen a march on their rivals in this deal. The 29-year-old is valued at £5 million by the French club and Schalke is expected to meet their demands.

If both Lopez and Bastos leave in January, Lyon will need to bring in immediate replacement as it might decide the fate of their title challenge this season. The South-American duo have been immensely influential in Lyon’s fortune over the past few seasons.

Lyon are currently lying in second place in Ligue 1 based on goal difference and any slip-up at this stage might just enable PSG to pull away from the pack.