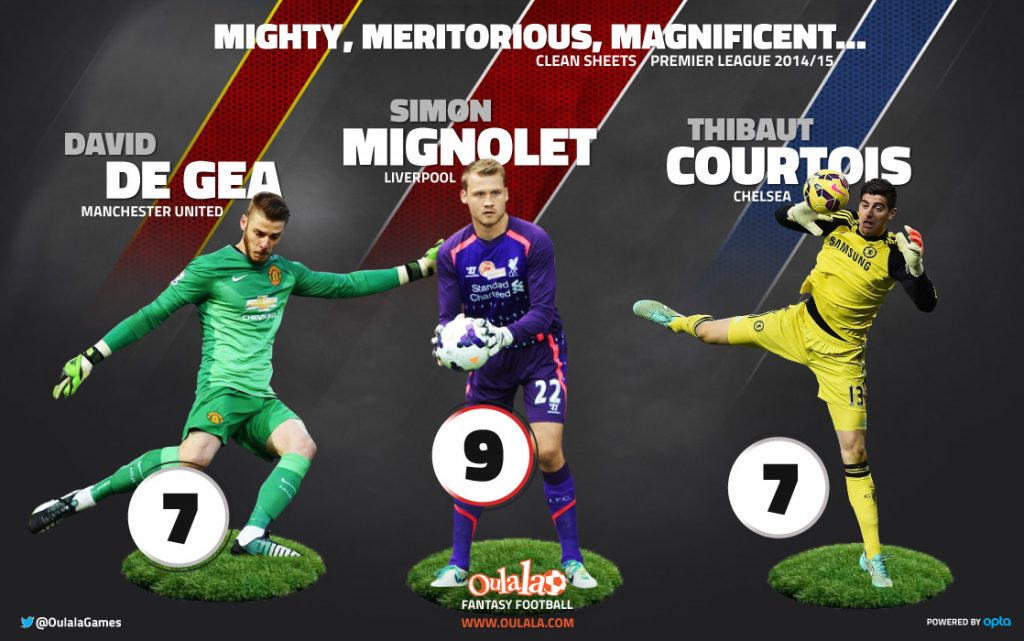 Liverpool’s Simon Mignolet has now racked up 9 clean sheets in the Premier League, yet it is two other goalkeepers that have received the plaudits this season.

The Liverpool keeper’s future had previously looked in doubt after he was dropped in December for Red’s number 2 Brad Jones. However, after Jones picked up an injury away to Burnley, Mignolet seized the opportunity and has not looked back since.

Mignolet has already kept 5 clean sheets in the Premier League since the turn of the year with Tottenham the only side having managed to break the Belgian.

Thanks to his excellent run of form between the sticks, the 26-year-old now sits second behind Southampton’s Frazier Forster in the Premier League clean sheets table. Mignolet has accumulated two more shut-outs than both Manchester United’s David de Gea and Chelsea’s Thibaut Courtois, two keepers that much of the praise has been aimed at this season. The Liverpool man is now beginning to leave both in the shade and in turn earning the recognition he finally deserves.