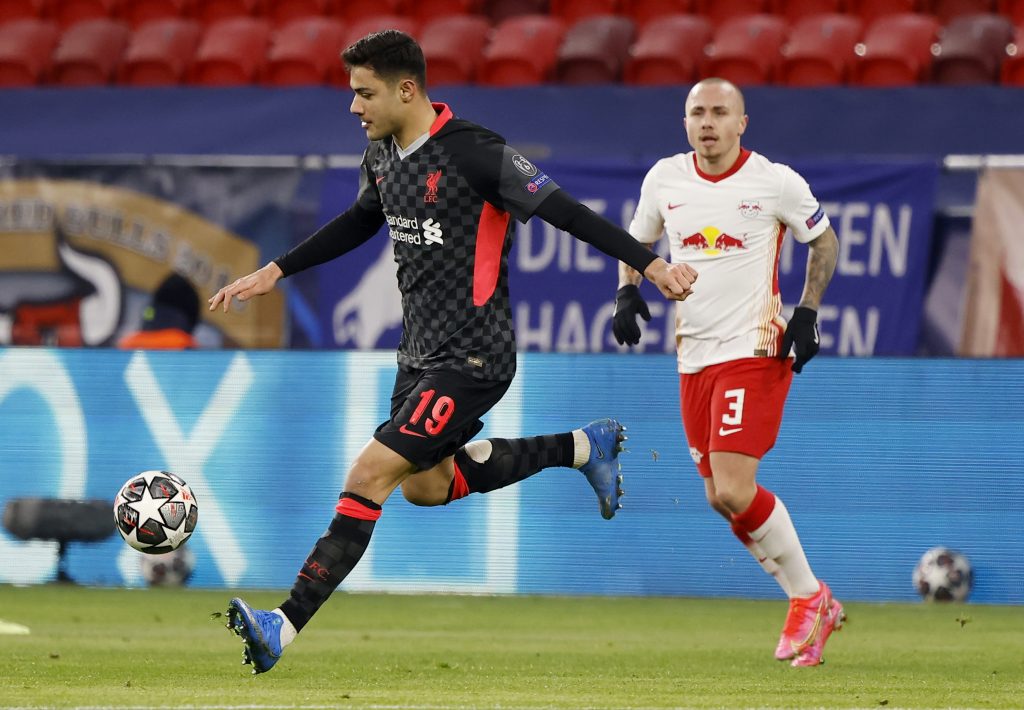 Jurgen Klopp has confirmed that Schalke loanee Ozan Kabak is a doubt for Liverpool’s home game against Fulham on Sunday.

Kabak was brought into Anfield during the January transfer window following a series of injuries at centre-back for Liverpool.

The 20-year-old has not made an ideal start to life in the Premier League. His debut came against Leicester City, where a mix-up with goalkeeper Alisson allowed Jamie Vardy to tap home to put the Foxes 2-1 ahead late on.

After a victory in the Champions League over RB Leipzig, the Turkey international was once again under fire after the 2-0 home defeat to Everton in the Merseyside derby. This was followed by a victory at Sheffield United, before a 1-0 loss against Chelsea.

Kabak is now believed to be a doubt for the visit of relegation strugglers Fulham, as reported by Times journalist Paul Joyce on Twitter. The extent of his problem is currently unknown.

The loanee is the latest in a long line of absentees at the heart of defence for the Reds. It began with the long-term knee injury of star defender Virgil van Dijk, suffered after a clash with Everton goalkeeper Jordan Pickford in October.

Not long afterwards, Joe Gomez joined Van Dijk on the treatment table after picking up an injury while on international duty in November. Neither have made an appearance since and are not expected to return until the 2021/22 season.

Joel Matip was also ruled out for the rest of the season following the 3-1 away victory against Tottenham Hotspur in January, suffering ankle ligament damage.

Defensive midfielders Fabinho and Jordan Henderson have both been forced to fill in at centre-back.

Henderson was ruled out until April after a groin injury against Everton in February, while Fabinho has just returned from a spell on the sidelines.

Preston North End man Ben Davies was also recruited in January, but is yet to make his debut for Jurgen Klopp’s side and was left out of the squad against Chelsea on Thursday.

This leaves a half-fit Fabinho, Rhys Williams and Nat Phillips as Liverpool’s only available options at centre-back.

Given their recent form – especially at home – there could be another upset on the cards at Anfield on Sunday.

Elsewhere at Anfield, Jamie Carragher has highlighted another concern he has with his former side following the defeat against Chelsea.