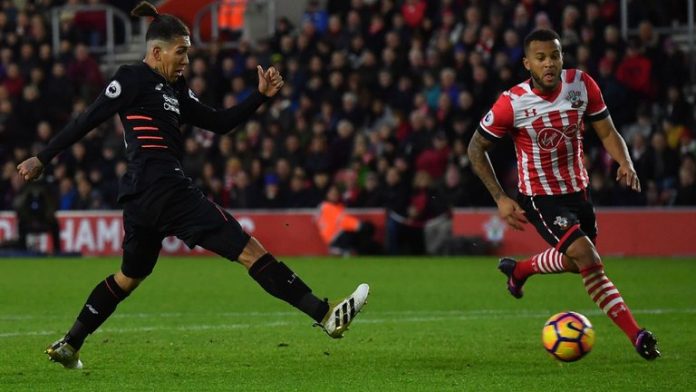 Liverpool host Southampton in the Premier League on Saturday aiming to continue their recent upturn in form.

Jurgen Klopp’s side have bounced back from their mauling against Tottenham to win three in a row in all competitions, and are strongly fancied at odds of 2/5 (offer open to UK residents only) to extend that run this weekend.

Liverpool may be without Sadio Mane after the forward withdrew from Senegal’s squad ahead of their clash with South Africa amid fears he suffered a recurrence of an old hamstring injury.

Jordan Henderson, Dejan Lovren and Adam Lallana should be fit enough to take their places in the squad, but Nathaniel Clyne is ruled out until 2018 having undergone back surgery.

Liverpool have not lost at Anfield this season, winning three and drawing two of their five games to date. The home side are 13/10 to win to nil and that could be worth an interest.

Mohamed Salah has been in fine form during the current campaign, scoring seven goals in 11 league appearances. He is available at 19/5 to grab the opener against Saints.

There were two 0-0 draws between Liverpool and Southampton in the Premier League last season and a repeat of that scoreline can be backed at 13/1 this weekend.

Southampton will hope Mario Lemina has recovered from an ankle injury to take his place in midfield, but defender Wesley Hoedt is likely to miss the game with a knee problem.

The Saints are unbeaten in their last four meetings with Liverpool, but one win in their last six league games doesn’t bode well for their chances against a much-improved home side.

Southampton have won once away from home this term, a 1-0 success at Crystal Palace, and they can be backed at 17/1 to match that scoreline at Anfield.

Saints’ striker Manolo Gabbiadini is their top scorer this season, so could be worth checking out at odds of 13/4 to get on the scoresheet against Liverpool.

The Reds have lost only twice in their last 32 Premier League matches at Anfield (W19, D11, L2) and should prove too strong for Southampton on Saturday.

Liverpool have been level at half-time in all but one of their home games this term, so the 17/5 on offer (UK residents only) for them to be drawing at the break before going on to win looks a tempting proposition.