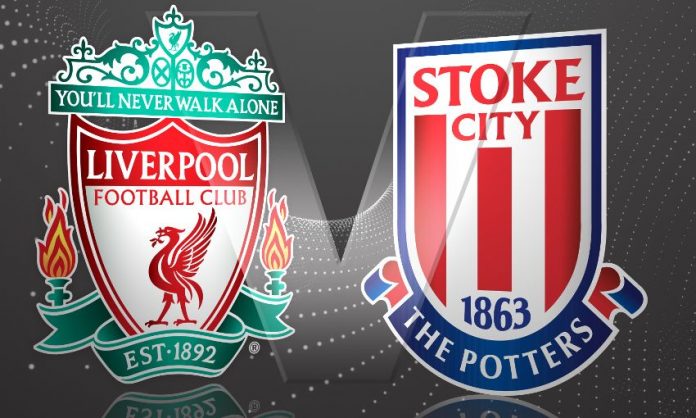 Liverpool take on Stoke City at Anfield this Sunday and Jurgen Klopp’s side will be looking to get back to winning ways after dropping five points in their last two Premier League games.

The Reds lost a 2-goal advantage against Southampton and were held 1-1 by Tottenham at home.

It is highly unlikely that Liverpool will qualify for the Champions League through their Premier League position and therefore they might opt to rest some of their key stars before the vital return leg against Borussia Dortmund in the Europa League.

Stoke City have already lost twice against Liverpool at home this season and will want to exact some revenge at Anfield this weekend.

Mark Hughes’ side have had a mixed season so far, but they have shown that they can compete against the best sides in the division.

Klopp is likely to make changes to his starting eleven to keep his best players fresh for the second leg against Dortmund. Liverpool will be forced to field a weakened lineup after a few injuries and suspension.

Jordan Henderson picked up a knee injury on Thursday and will miss out while Emre Can is suspended for the next two league games.

Brazilian midfielder Lucas is sidelined with an injury. But the likes of Firmino, Ibe and Sturridge may come into the side.

Christian Benteke, Joe Gomez and Danny Ings are injured for the Reds as well.

As for Stoke, Ryan Shawcross, Geoff Cameron and Xherdan Shaqiri are doubts for the trip to Liverpool.

Glenn Whelan is likely to miss the trip as well having suffered a recurrence of a back injury.

The likes of Jack Butland, Glen Johnson, Marc Wilson and Jonathan Walters will all continue to miss out.

4 of the last 5 meetings between Liverpool and Stoke have ended with the scoreline of 1-0.

Liverpool have won 5 of their last 6 meetings against Stoke City.