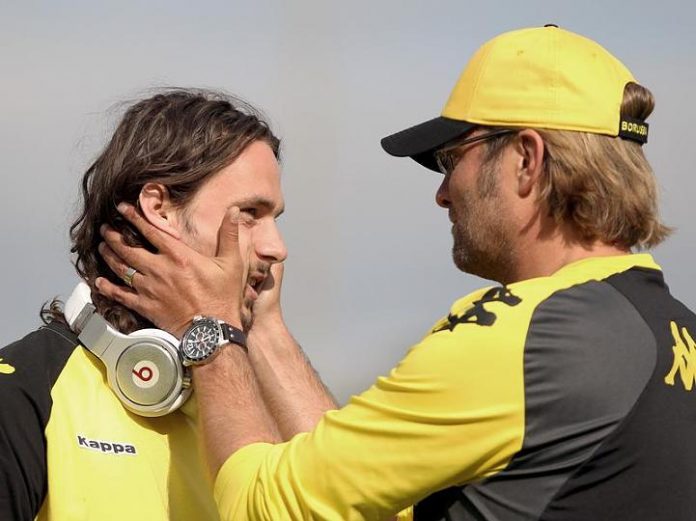 Liverpool have registered an interest in Swiss midfielder Granit Xhaka. It’s only an ‘interest’, nothing more.

Xhaka has been in great form this season, and has put in some great performances for Borussia Monchengladbach.

The Gladbach skipper has scored three goals from his defensive midfield position, and has played a pivotal role in taking the club into top four, after the Bundesliga club made a poor start (six defeats in opening 10 games) to the season.

Xhaka has a contract at the club till 2019, but SportBild (h/t Sport Witness) speculates this could be his final season at the cub.

Xhaka has no shortage of admirers though, but where will he land up next is not clear yet.

Liverpool are seemingly interested in the 23-year-old but the Reds will have to pay around €50m for his services.

Jurgen Klopp will be looking to sign at least one top quality central midfielder, and he may turn his attention towards Xhaka, although his price tag could be a huge factor should Liverpool pass on the opportunity to sign him.

Liverpool’s immediate priority, however, lies in signing a central defender. The Reds have lost all of their top three central defenders – Sakho, Skrtel and Lovren – through injury, which has prompted Klopp to recall youngsters – Ilori and Sheyi Ojo – from their loan spells.

According to reports from The Mirror, Klopp has been in talks with his former club, Borussia Dortmund, to sign their centre-half Neven Subotic.

Klopp is hoping to bring in an experienced defender before Friday’s FA Cup clash against Exeter.

The 27-year-old Serbian defender joined Dortmund in 2008 – incidentally signed by Klopp from Mainz – and has made over 180 league appearances for the German club.

He has made only one league appearance this season under Thomas Tuchel, and has dropped down the pecking orders at the club. Subotic would love to play under Klopp again, but question mark remains over his fitness and form.

Liverpool are also in discussion with Inter Milan about the possibility of signing Andrea Ranocchia on loan.

Liverpool could sell Lazar Markovic to Fenerbahce permanently, according to reports from Turkey.

Markovic, joined Liverpool in 2014 from Benfica, for a reported fee of £20m. He failed to impress in his first season under Brendan Rodgers and was sent on loan to Turkey. Turkish television station LigTV (h/t Bleacher Report) reported on Wednesday that Liverpool could sell the Serbian winger if they’re offered 7.3m.

Markovic admitted that he didn’t enjoy a good relationship with Rodgers, and blamed the former Liverpool boss for his failure to shine.

“I didn’t have a good relationship with the coach. That was a problem. I played in many positions but didn’t play in mine.”

The 21-year-old is a highly talented player and Klopp may decide to give him one opportunity before selling him to Fener permanently.