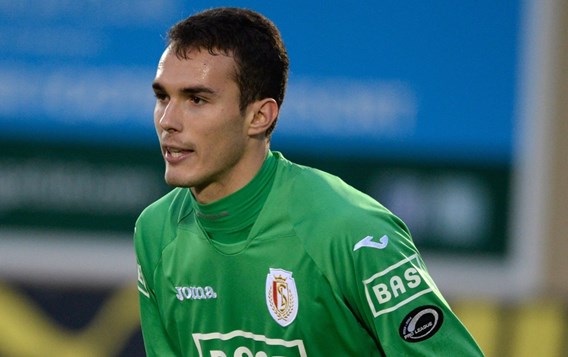 Liverpool are believed to looking to sign the Belgium U-21 goal keeper Guillaume Hubert in the January transfer window.

According to reports from the Guardian, the Reds are one of the many Premier League clubs interested in signing the Standard Liege goal keeper.

The 21-year-old has been promoted to the first team following the poor form of first choice Yohann Thuram, and has made six appearances in the Jupiler Pro League games.

He has impressed everyone over this short period, keeping notable clean sheets against Anderlecht and Sint-Truiden.

Hubert’s outstanding form has seen Premier League clubs taking an interest in him, and with his current deal set to expire in 18 months, Leige are expecting good offers for him in January.

“Swansea have expressed an initial interest in securing him as a No2 to Lukasz Fabianski, aware that he could be signed for around £600,000 in January,” writes Dominic Fifield.

“Liverpool are understood to be considering an attempt to secure him on a long-term contract before loaning him back to Standard to continue his development.”

Meanwhile, according to reports in Italy, Liverpool are showing an interest in Milan shot stopper Diego Lopez.

The Spanish keeper, who is currently sidelined with a tendon injury, has lost his #1 place in the team to 16-year-old Gianluigi Donnarumma.

Liverpool manager Jurgen Klopp wants an experience pair of hands who could challenge Simon Mignolet for the starting spot, according to Calciomercato, via Football Italia.

Lopez has a contract till 2018 but both Milan and Liverpool could strike a deal involving Mario Balotelli, on loan from Liverpool, next summer.

“I don’t think so. In January he won’t move, and I don’t understand why there’s all this talk of his imminent goodbye.”

It looks unlikely that Liverpool will make any formal move for Lopez, rather Klopp might be interested in the young Belgian keeper.

The move could be favourable for Standard, a similar sort of deal that brokered David Origi’s transfer – the Belgian striker spent the 2014/15 season on loan before joining Liverpool permanently.