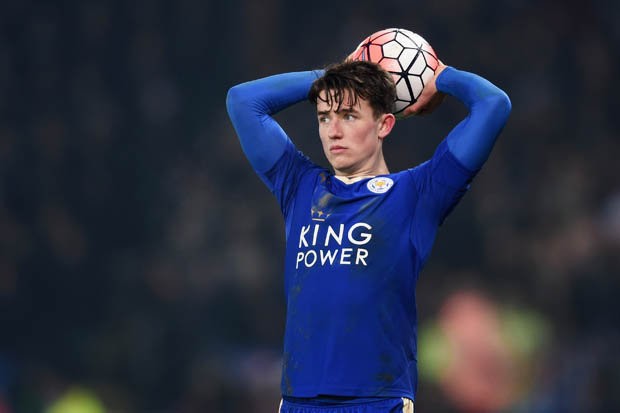 Liverpool have been linked with a move for the English left back Ben Chilwell.

The Leicester City full back is a target for Jurgen Klopp and the German manager wants him to provide competition for Spanish left back Alberto Moreno next season.

Moreno has struggled defensively ever since he joined Liverpool and the Reds need to address that department this summer.

Initially it looked like Liverpool would move for the German international Hector, but it seems that Klopp wants Chilwell instead.

According to reports, Liverpool have had a 7 million pounds bid rejected for the Leicester City defender. The Premier League champions want around 10 million pounds for the young left back.

The Reds will now need to up their offer by 3 million pounds to land the young defender and considering their determination to complete a deal, the premium should not be a problem for a club of Liverpool’s resources.

Chilwell spent some time on loan at Huddersfield Town and was recommended to Klopp by his close friend and Huddersfield manager manager David Wagner.

In other news, Liverpool’s 30 million pound bid for the Southampton winger Sadio Mane has been confirmed by  Paul Joyce of Express.

The report says that Klopp wants to sign the Senegal international and Liverpool submitted a bid last month.

Mane is being targeted as an alternative to the German international Mario Gotze, who has rejected a move to Liverpool.

The Bayern Munich star has 12 months left on his current contract and wants to stay and fight for his place in the starting lineup under the new manager, Carlo Ancelotti.

Sadio Mane has impressed a lot since joining the Saints and could prove to be shrewd acquisition for Liverpool if the player can address his inconsistency. Despite his obvious talent, Mane has the tendency to go missing for a few games every now and then.

When on form, Mane could be a lethal option for Klopp alongside the likes of Sturridge, Coutinho and Firmino.

Furthermore, his versatility will be an added bonus for Klopp and Liverpool.

Mane seems to have left a lasting impression after his devastating performance against Klopp’s team last season. His brace helped the Saints pick up a thrilling 3-2 win over Liverpool after going down 2-0.