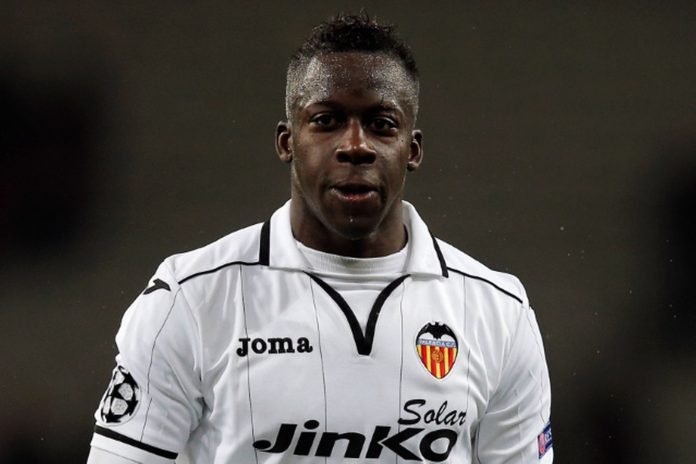 Valencia left-back Aly Cissokho has been a transfer target for Liverpool throughout the 2012/13 season.

Despite the France international only joining Spanish La Liga side Valencia last summer, he did admit he would take any interest from Liverpool very seriously should they make a formal approach.

‘Liverpool is such a great club, so to be linked with them is fantastic. If there is an opportunity to join such a club, I will take it. Valencia are a great club, in a great city, but Liverpool are a legendary club.’

The 25-year old defender made 25 league appearances for Valencia last season, scoring two goals. The club have reportedly slapped an £6M asking price on his head.

Liverpool’s current left-back Jose Enrique has struggled for form since signing from Newcastle in 2011. The ex-Spanish U21 international has been linked with a move away from the Merseyside outfit, which could potentially pave the way for Cissokho to be brought in as his replacement.

Southampton were reportedly keen on signing Enrique, but have yet to make their interest official. Their manager Mauricio Pochettino wants the side finishing in the top-half next season, and regards Enrique.as the perfect player to help propel the side to new heights.

Cissokho has so far failed to add to his solitary cap for the France national team. He was behind in the pecking order to Manchester United’s Patrice Evra and Ex-Barcelona player Eric Abidal. However with the advancing ages of the aforementioned duo, Cissokho could put himself in contention with France if he’s playing at the top level.

Brendan Rodgers is keen to have his squad incomings and outgoings complete in the coming weeks of pre-season.

No word has come from the camp if Liverpool are waiting for Enrique to make his future clear with the side before they made a bid for Cissokho.