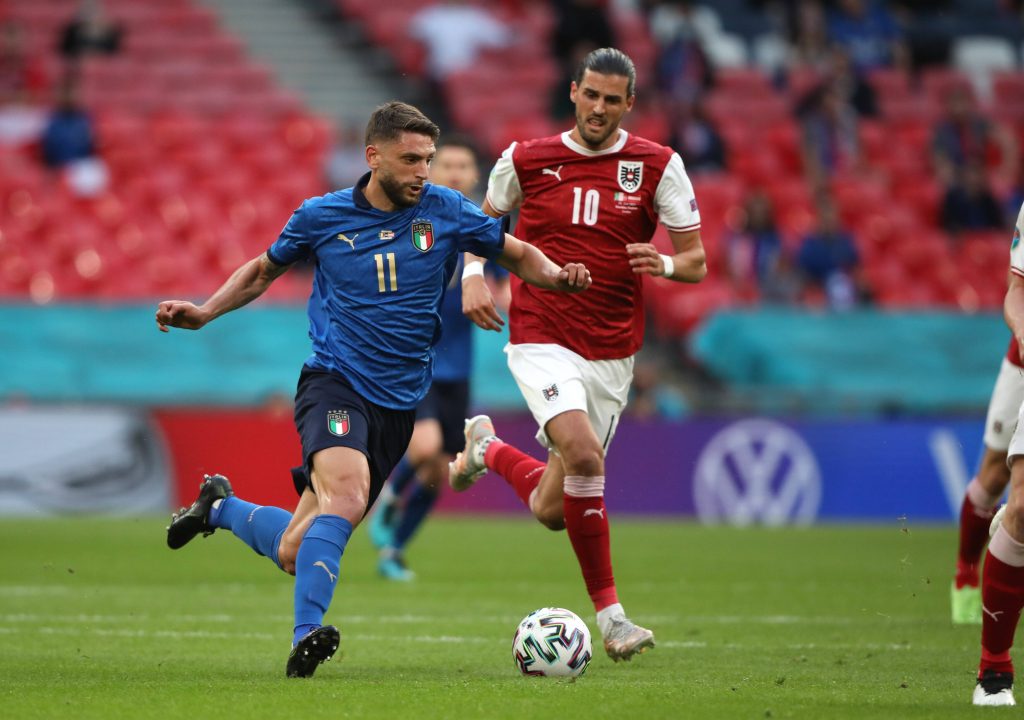 So Jurgen Klopp’s attention has reportedly switched to bringing Berardi to Anfield.

The Reds boss needs to bolster his attacking ranks with Mohamed Salah, Sadio Mane and Roberto Firmino all set to turn 30 during the upcoming campaign.

Corriere della Sera’s print edition today suggest that Klopp is ‘fascinated’ as to what the Italy international could offer his team next season.

The German allegedly wants to bring the 26-year-old forward to Anfield.

However, Sassuolo won’t let him go on the cheap. The Italians value Berardi at around €50 million (£43m), according to CDS.

That’s a serious amount of cash for Liverpool to be spending on a player who is totally unproven in the Premier League.

He is a top-class player who is proven in Serie A, and that makes him an attractive proposition.

Berardi racked up 17 goals and eight assists in 30 games for Sassuolo last season. He registered 14 goals and 10 assists in 31 games during the previous campaign.

The Italian can play anywhere along the frontline, which makes him ideally suited to Liverpool. That’s because Klopp likes all of his forward players to interchange positions.

The Guardian recently described him as a forward with ‘sensational ability’.

However, whether the German can convince Fenway Sports Group to part with the money required to prise him away from Sassuolo remains to be seen.