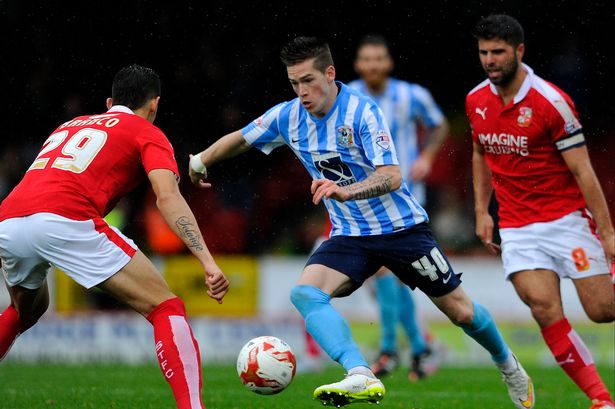 Liverpool have agreed on a deal to recall the highly talented winger Ryan Kent from his loan spell at Coventry this month.

The young winger is expected to return to the club shortly and will be assessed by manager Jurgen Klopp who is willing to give him a few first team chances.

According to Liverpool Echo, Kent was contacted by Liverpool yesterday about a possible return.

Although nothing is official yet, the deal will be confirmed by both clubs soon.

Kent was a part of the first team pre-season tour under Brendan Rodgers. Apparently Liverpool have been impressed with his productive loan spell at Coventry where he made 16 appearances and scored a goal.

The young winger has met with Jurgen Klopp previously when he returned to Melwood in November for a couple of days during the international break.

Young defender Tiago Ilori is also expected to cut short his loan spell at Aston Villa and return to Melwood.

The return of Kent and Ilori will provide Klopp with some much-needed options. Liverpool have been plagued with injuries to several players this season.