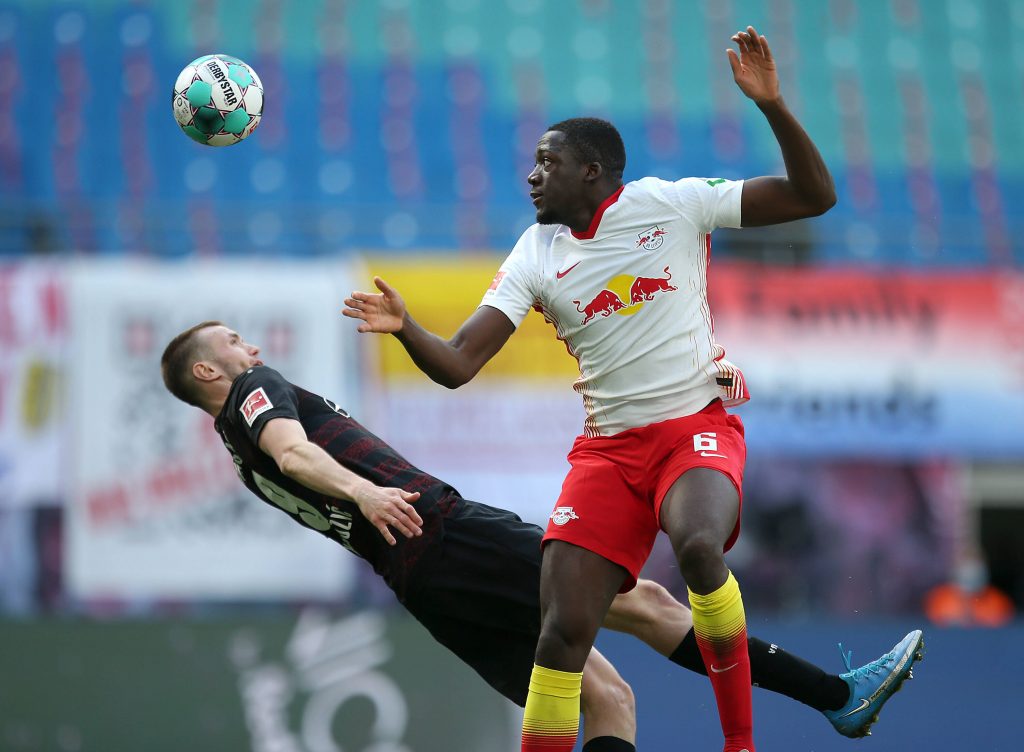 Liverpool remain keen on signing RB Leipzig defender Ibrahima Konate despite their financial losses because of the coronavirus pandemic.

The Premier League club announced their accounts on Tuesday, posting a £46 million pre-tax loss. The Reds estimate that the cost of the pandemic could rise to more than £120m.

The financial accounts explain why the Premier League club were so keen on signing up for the European Super League earlier this month.

The money coming in from the exclusive competition would have helped them cope with their losses.

Meanwhile, Daily Mail reports that the Reds are ready to trigger the 21-year-old defender’s buy-out clause at the end of this season.

Konate has been linked with a move to Anfield for weeks now, and both parties will be hoping to get the transfer across the line as soon as possible.

The Frenchman is highly rated across Europe. He could prove to be a quality addition to Liverpool’s defensive unit.

The Reds have considerable defensive quality at their disposal. However, Joe Gomez and Joel Matip are unreliable in terms of fitness, and the Reds need more depth at the back.

However, Davies has been nowhere near the first-team, and Kabak may return to Germany at the end of his loan deal.

Konate would be a sensible investment for the Reds as a potential long term partner for Virgil van Dijk.

He has the talent to justify the £40m asking price and could help Juergen Klopp’s side challenge for the title next season.

Read: Can the Liverpool owners mend their bond with the fans after the ESL debacle?