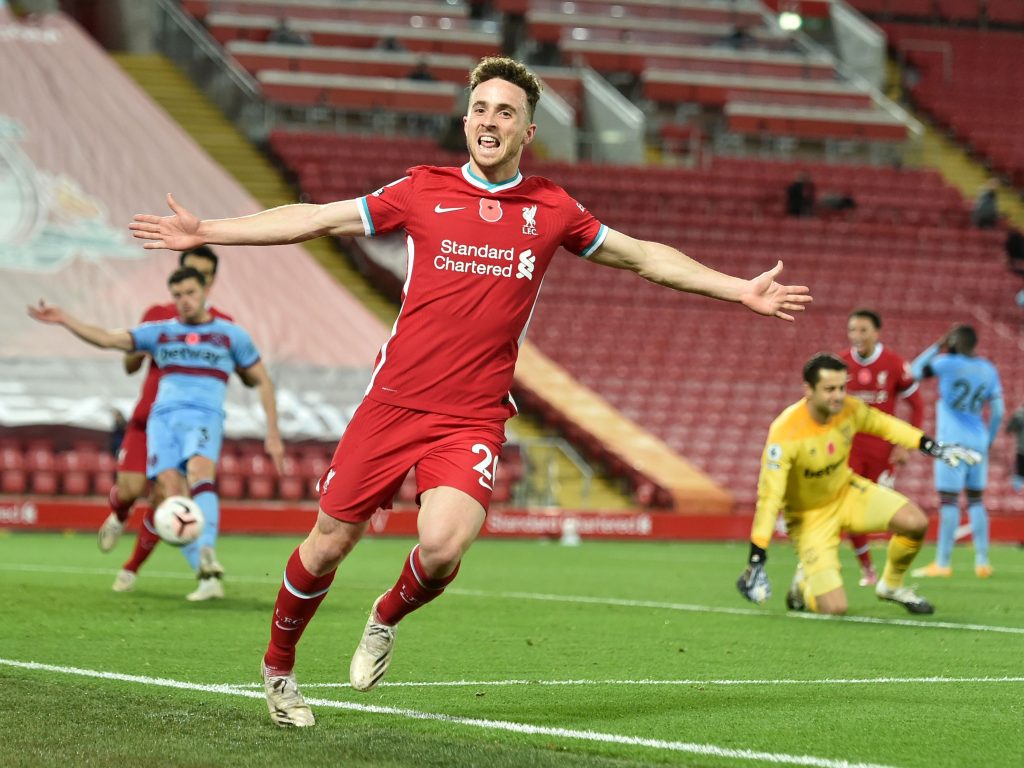 Liverpool moved to the top of the Premier League table on Saturday with a hard-earned 2-1 home victory over West Ham United.

The Reds came from behind to seal all three points, with summer signing Diogo Jota scoring for the third straight game.

The Hammers – who were undefeated in their last four league games prior to their visit to Anfield – took an early lead through Spanish midfielder Pablo Fornals, taking full advantage of a poor headed clearance by Joe Gomez.

Liverpool restored parity shortly before the break. Arthur Masuaku committed a foul on Mohamed Salah – which David Moyes interpreted as a dive from the Egyptian after the match – that allowed the Reds’ talisman to equalise from the penalty spot.

With five minutes remaining, Jota found the net following a delightful pass by Xherdan Shaqiri – moments after already seeing a goal disallowed for a foul.

Here’s how Liverpool players reacted to the win after the game:

GET IN Reds!💪🏾 Exciting game with a great result 🔴🔴🔴 and congrats to Nat with his excellent @premierleague debut 👏🏾🙌🏾 pic.twitter.com/86fQlXWTrt

Three observations from the game

While Liverpool continue to find a way to grind out results, their leaky defence remains a major concern, with the Reds having now conceded 15 goals in seven games this season.

The performance of debutant Nathaniel Phillips was really encouraging, and he is expected to get more game time in coming weeks in the absence of Virgil van Dijk, Fabinho and Joel Matip.

Stat from the BBC: Only Aston Villa in 1897-98 (17) have conceded more goals in their first seven league matches as reigning top-flight champions than Liverpool this season (15). The Reds took 23 games to concede 15 Premier League goals last season.

Good performance from the visitors

It was an impressive away performance from West Ham, with Fornals putting in yet another solid effort. He was denied a second goal by Andy Robertson’s important block and looked lively throughout the game. The Hammers deserve praise for their hard work, and Moyes reflected that it’s a good sign that his squad felt they should have taken something from the game.

One of the major reasons behind Liverpool’s dominance under Jurgen Klopp has been their enviable record at home. The Reds are now undefeated in 63 league games at Anfield, equalling the club record set by Bob Paisley’s all-conquering side between 1978 and 1981.