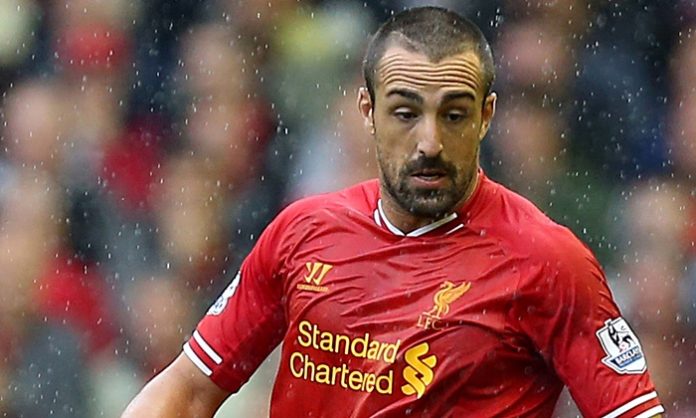 Liverpool defender Jose Enrique is upbeat about his chances at his current club, although he has hinted at a possible departure if a move suits him.

Enrique is currently on the fringes of the Anfield club and made only four appearances in the league for the Reds last season. The defender has admitted to his alienation from the first team affairs at the club, along with team-mates Mario Balotelli and Fabio Borini.

“I am in a difficult position,” he said to Marca.

“Myself, [Mario] Balotelli and [Fabio] Borini have been alienated.”

However, the left-back, who last started a league game for Liverpool in November 2014, is not ready to give up on his Reds career yet, and has vowed to stay and fight for his place. He is confident of featuring for the Reds when fit, given the lack of left-footed defenders at the club and his own return to full fitness.

“I have a year left on my contract and I want to stay and fight as I always have.

“I will not give up.

“Football changes from day to day, I know from experience.

“I am fit after two years with knee discomfort and with only one left-sided defender [Moreno] I know that if I stay I’ll play,” said Enrique.

The 29-year-old has further stressed his motivation to stay on at Anfield and prove his doubters wrong.

“I want to prove that some people are wrong.”

While the Valencia-born defender is keen on staying at Liverpool, he hasn’t ruled out a move to pastures new should he receive an offer of a long-term contract and better playing chances.

“But if a good opportunity came in with a longer contract and better chances to play I would study it,” he added.

However, he believes the current economic situation in Spain makes it difficult for him to leave Liverpool for his home land, and has reiterated his desire to stay on in Merseyside.

“I had a good option to return to Spain but it is complicated because the economy is very different to what exists here.

“I would love to stay here until my legs stop me.”

Enrique has a year left on his current contract at Liverpool, and the club are ready to get the Spaniard off their books following his non-inclusion in their pre-season programme as well as their matchday squad at Stoke City last weekend.