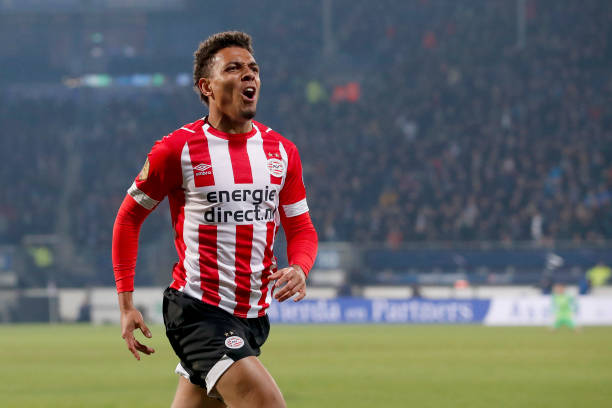 Liverpool are keen to improve their attacking options during the summer transfer window and have identified the PSV Eindhoven forward Donyell Malen as a potential target.

According to Voetbal International (via Daily Mail), the Premier League giants are reportedly leading the chase for Malen.

Malen has 17 goals in 29 league appearances for PSV, and he would add some much-needed competition to Liverpool’s attacking options.

The report further states that the player is valued at £25 million, and a club with Liverpool’s resources should be able to afford that.

Divock Origi could be on his way out of Anfield this summer after failing to hold down a regular starting berth this season, and Malen would be an excellent alternative.

The 22-year-old is rated highly across Europe, and a world-class manager like Jurgen Klopp could unlock his potential and elevate his game to a whole new level.

Barcelona and Juventus are also keen on signing Malen, and their interest could make it difficult for Liverpool to complete a deal.

They should be able to offer him Champions League football next season, but the Reds are in danger of missing out on top four qualification this season.

However, Malen will probably have a greater chance of starting regularly for Liverpool, which could be a deciding factor this summer.