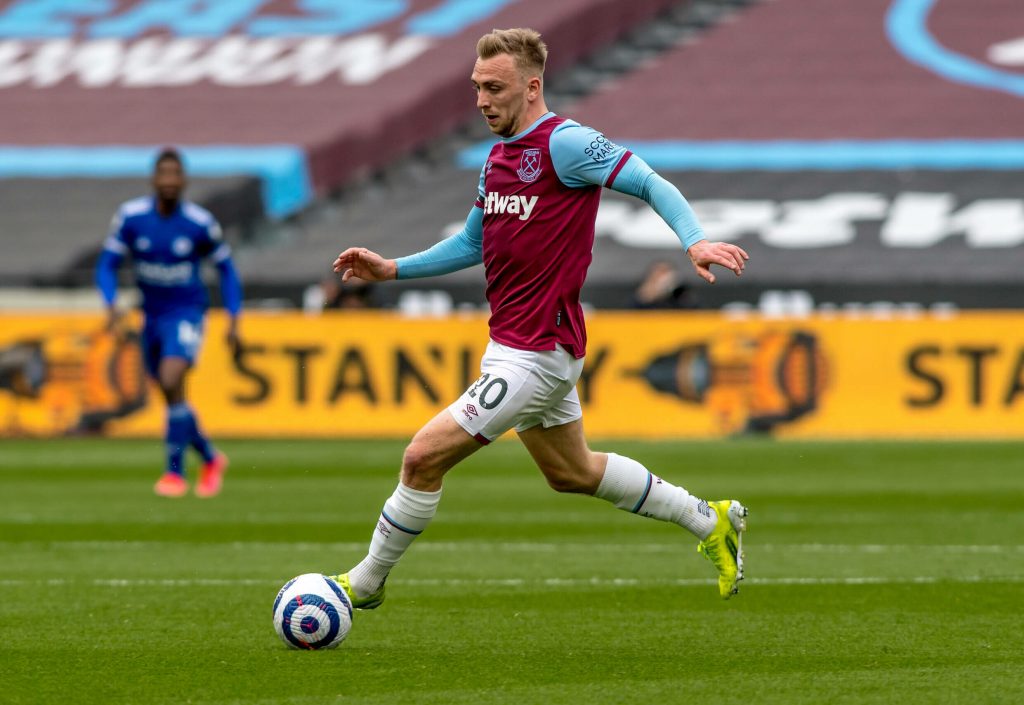 West Ham United winger Jarrod Bowen is a target for Liverpool this summer.

According to The Athletic, the Reds are looking to add to their attacking unit, and Jurgen Klopp is an admirer of the 24-year-old.

Bowen has been outstanding for West Ham since his move from Hull City in January 2020.

He bagged eight goals five assists in the Premier League last season, helping the club qualify for the Europa League.

He signed a long-term contract with West Ham, and they are unlikely to allow him to leave anytime soon.

The Hammers paid around £18 million for Bowen, and Liverpool would have to pay well over the odds to convince them to sell him.

He is a key player for West Ham, and it is unlikely that he would move to Liverpool without the guarantee of first-team football.

Given that he plays on the right side of the attack, he would find it difficult to dislodge Mohamed Salah from the starting XI.

Any potential move for Bowen would depend on the sales of Divock Origi and Xherdan Shaqiri. The Reds are looking to offload both players this summer.

Here is what some Liverpool fans had to say.

He's a really good player so I don't understand most comments on here. I'm ignoring all of these rumours though because 75% of them are total bollocks, including this one probably.

He's a good player. I wouldn't have him as good enough to ever be a regular starter, but he's better — or more suitable — than Minamino or Origi.

But they'll probably want too much for a back up and LFC will look elsewhere. https://t.co/zEkLbsHqsN

I rate him, thought he was a lot older https://t.co/4kDUosDsYG

I think Jarrod Bowen makes sense for Liverpool as a squad player, especially as a homegrown given foreign player limits. Left-footed, very high work rate, 8 goals + 5 assists in 20/21, and should adapt well to a pressing game. https://t.co/FtXGuCIZ5U

Read: How the Liverpool fans reacted to reports regarding Henderson’s future.