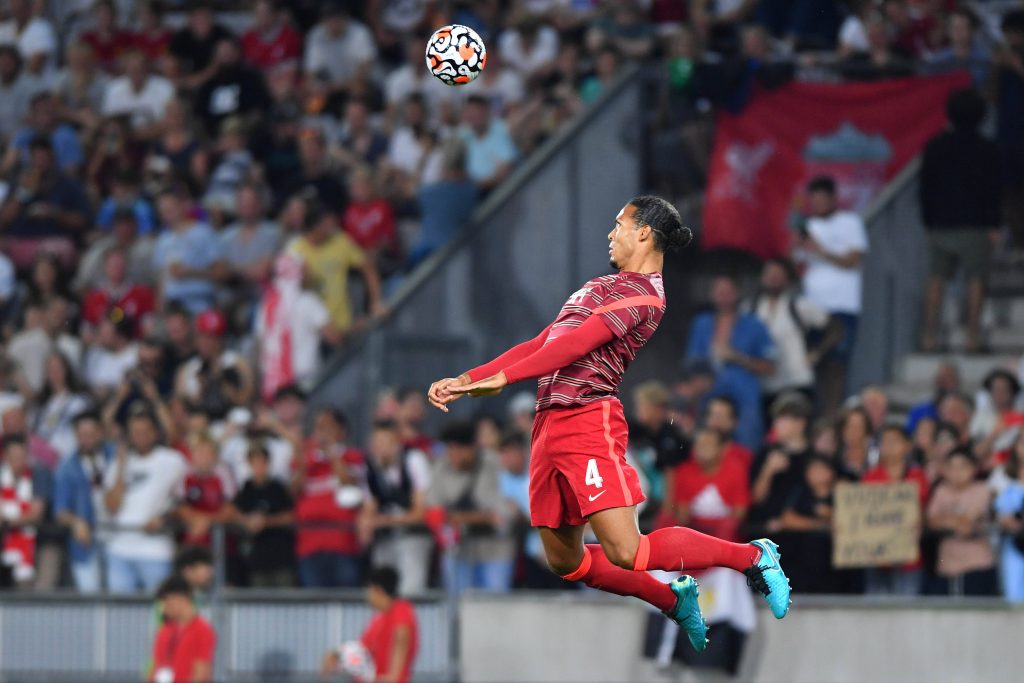 Liverpool were handed a major boost ahead of the start of the new season last night.

Defenders Virgil van Dijk and Joe Gomez returned to action after their long term injuries in the Reds’ 4-3 friendly defeat to Hertha Berlin.

The Netherlands captain was returning to action after 285 days on the sidelines.

He suffered an anterior cruciate ligament injury in his right leg after a challenge from Everton goalkeeper Jordan Pickford in October last year.

Both van Dijk and Gomez were brought on for the final 20 minutes against Hertha, and the fans will be relatively happy with their performances.

Liverpool struggled without their best defenders last season and failed to defend the title because of the injury problems.

The Reds will fancy their chances of pushing Manchester City again now that their key players are back from long term injuries.

Virgil van Dijk thanked the surgeon, the physios, coaches and the staff for their help in his recovery.

The Dutchman also thanked his teammates, the fans and his family for being supportive throughout his injury lay-off.

285 days ago, I started on a journey back towards playing. It’s hard to express how I am feeling, but it’s important to me that I say I feel blessed to have had the support of so many incredible people. The surgeon, my physios, coaches and staff who have been with me in my 1/2 pic.twitter.com/jdWKUHykDI

corner since day one. My teammates for giving me energy and keeping my head up. The fans for their love, support and encouragement. And most of all, my family because without them, I’d be nothing. Thank you. The work doesn’t stop now. It’s only just starting. We keep going! 2/2 pic.twitter.com/OiNLMLO44q

Here is how some Liverpool fans have reacted to return the return of both players.

Virgil van Dijk & Joe Gomez have returned for Liverpool FC. What a day!

You love to see it ❤ #VanDijk #Gomez pic.twitter.com/4jsqef2ath