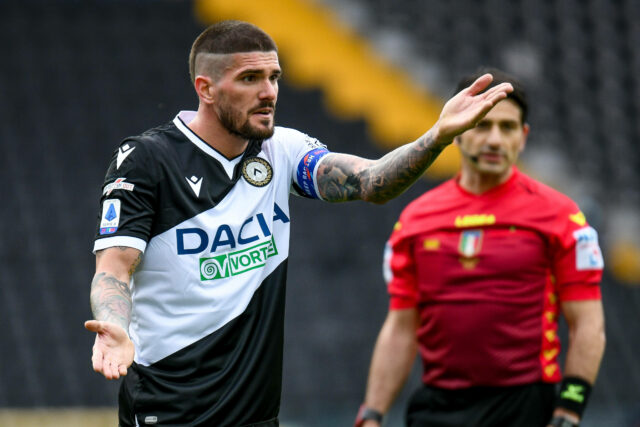 Liverpool fans have taken to Twitter to express their reaction to reports linking the club with a move for Udinese midfielder Rodrigo De Paul.

According to Tutto Udinese, Liverpool and Barcelona are leading the race to sign the Argentine midfielder in the summer.

De Paul has a contract at the Italian club until 2024, and many Liverpool fans feel that he would be a great signing for them.

The Argentine was heavily linked with a move to Leeds United during last summer transfer window, but the Whites failed to clinch a deal for him.

De Paul has been superb for Udinese since joining the club in 2016 from Valencia. The Udinese skipper has bagged six goals and seven assists in 29 games across all competitions and would cost in the region of €50 million (£42m).

Where are Barcelona getting €50 million from? They're on the verge of bankruptcy ffs

We have harry Wilson ,why waste money on this guy

He's class. Get him in

Liverpool have a wealth of midfield options, but there could be a few departures in the summer.

Gini Wijnaldum is yet to sign a new contract with the Reds, and he is likely to leave the club on a free transfer.

The futures of Alex Oxlade-Chamberlain and Xherdan Shaqiri are also in doubt, and the club may look to offload the pair if they receive good offers.

De Paul is a brilliant player who is approaching the peak of his career. However, Liverpool may not be willing to meet his asking price and could come up with a part-exchange deal offer for him.