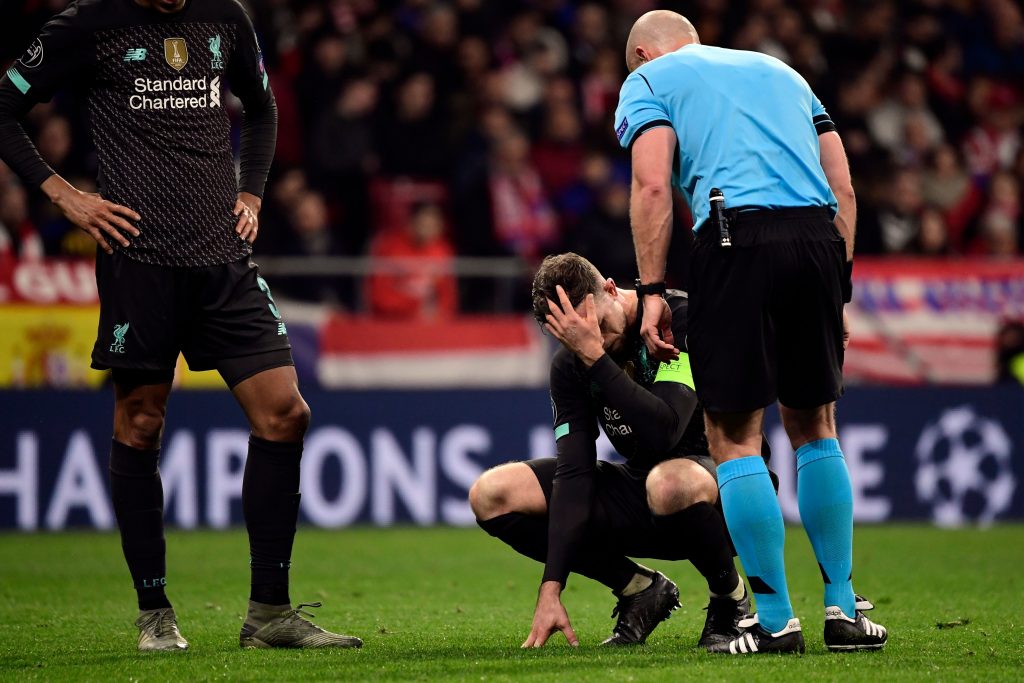 Liverpool suffered a 1-0 defeat against Atletico Madrid in the first leg of the Round of 16 Champions League tie at the Wanda Metropolitano on Tuesday night.

It was the Reds’ first defeat in all competitions since losing 5-0 against Aston Villa in December. An early goal from Saul Niguez gave the Rojiblancos the advantage heading into the second leg at Anfield in three weeks’ time.

Despite enjoying 73% of possession, Liverpool failed to register a single shot on goal, as the defence of their Champions League title now hangs in the balance.

The match also saw Liverpool skipper Jordan Henderson being forced off through a hamstring injury in the 80th minute. According to James Pearce of the Athletic, the Reds skipper was limping as he trudged through the mixed zone, and will undergo a scan on his hamstring.

Many Liverpool fans have shared their concern on Henderson’s injury, as, needless to say, he is a vital member of the side, and his absence will be a huge blow.

It's just gonna get worse and worse isn't it

As good as he’s been, nice to have options there, Fabinho, wijnaldum, keita, ox, Milner, minamino & if needed the likes of Curtis Jones and lallana..

Step forward Ribena man…….@JamesMilner he will sort this #legend

Liverpool have enough depth in midfield though, and the likes of James Milner, Naby Keita, Alex Oxlade-Chamberlain or even Adam Lallana can fill his role.