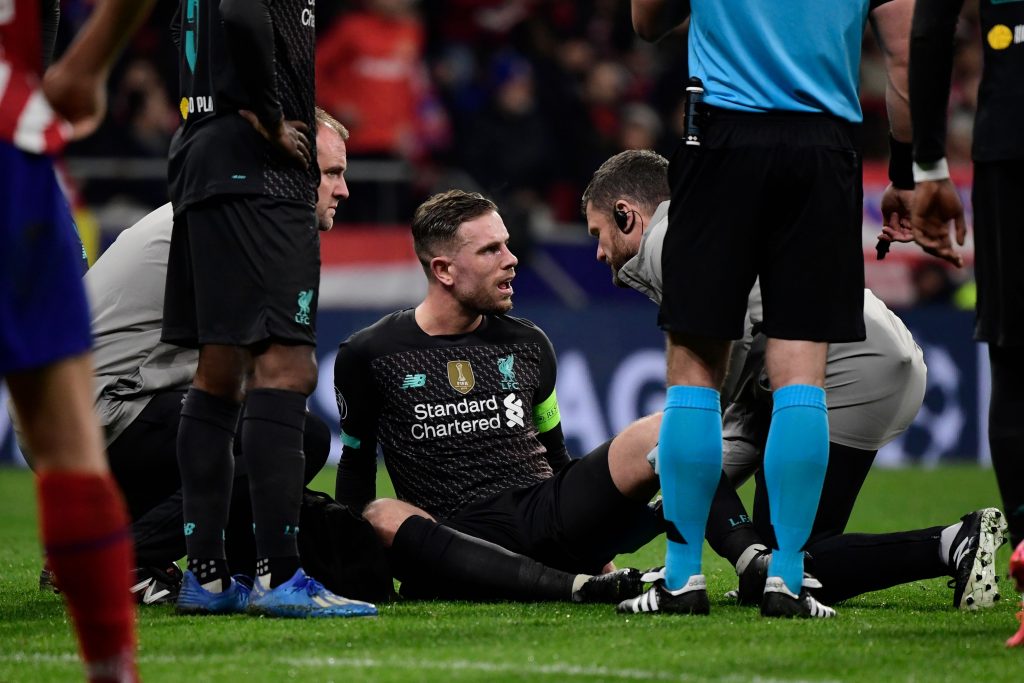 Liverpool manager Jurgen Klopp has today confirmed that skipper Jordan Henderson has suffered a hamstring injury and will be out for a while.

Henderson suffered the injury during Liverpool’s 1-0 defeat against Atletico Madrid in the Champions League Round of 16 first-leg tie at Wanda Metropolitano on Tuesday.

Klopp has confirmed that it wasn’t a serious injury and ‘could have been worse’. The Liverpool skipper is expected to be out for at least three weeks.

James Pearce has posted the update on Twitter. Many Liverpool fans have quickly responded to his tweet to express their immediate reaction. Here are some of the selected tweets:

thanks god its only 3 weeks phew, now time for the fab-naby-gini midfield

Hope keita gets the chance to start now

Better than what I was first expecting!

Don Naby starting against ATM then

While I love hendo is he not the type we'll need for the Atletico game. Naby will do well.

Henderson has been immense for Liverpool this season, and his loss will be a massive blow for Klopp’s side.

However, the reigning European champions do have enough depth in their squad and Liverpool should be able to deal with it.

Klopp could use Alex Oxlade-Chamberlain and Naby Keita in central midfield, while Adam Lallana could be another option for the Reds.

Henderson is all set to miss Liverpool’s next Premier League game against West Ham, and could miss out the second leg of the Champions League tie against Atletico Madrid.