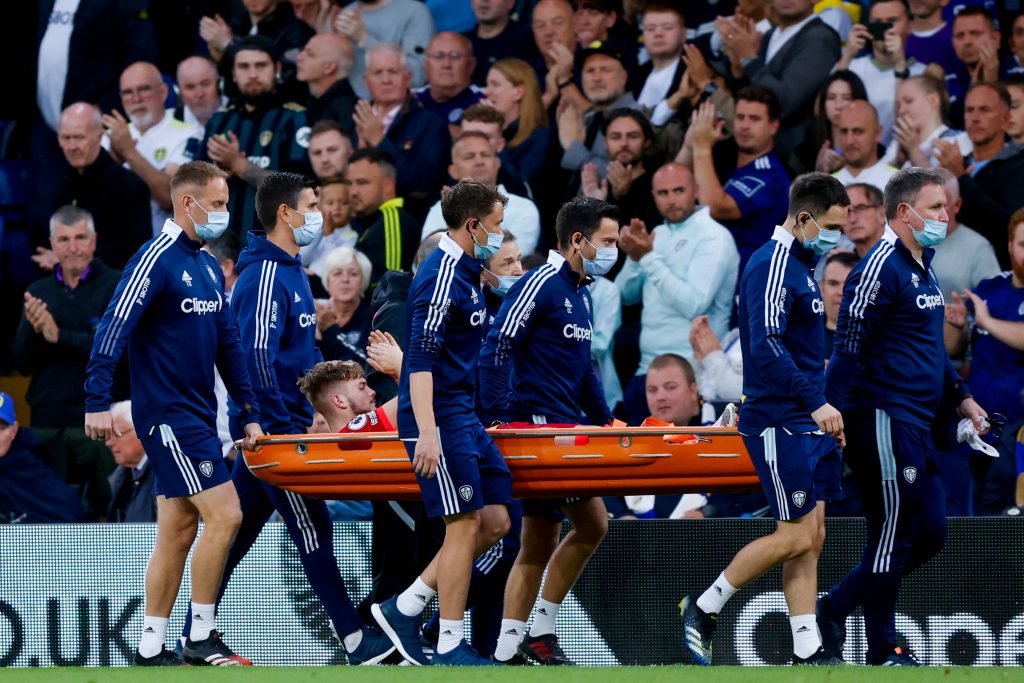 Liverpool fans have taken to social networking site Twitter to express their reaction after the club provided the latest update on the injury sustained by Harvey Elliott against Leeds United.

Elliott, who started the match against Leeds at Elland Road, suffered a horrific injury in the second half, following an untimely tackle from Pascal Struijk.

The 18-year-old has impressed heavily this season, and he is now set to be absent for a while. Everyone associated with the club (players and fans from rivals clubs as well) has wished him a speedy recovery.

Elliott was immediately taken to a nearby hospital. Jurgen Klopp confirmed that he was in severe pain and that he had dislocated his ankle as well.

Klopp on Elliott injury: "It's a bad injury. Ankle, I heard it was dislocated. We could put it back. He's in the hospital."

Liverpool released an official statement yesterday where the club confirmed that Elliott has been discharged from the hospital. He will undergo surgery on his ankle.

This is how Liverpool fans have reacted on Twitter:

Obviously horrendous for the lad but this is good news being discharged so quickly. Best outcome would be a dislocation with no ligament damage. Here’s hoping 🤞

He's a brave Lad, he going to come back stronger, there are a lot of big things to come in his career #YNWA

It will take time and resilience but hopefully he makes a full recovery. Didn't look good, he'll get the right help and support, wish the young man well.

That injury was hard to watch.
I didn't even care about that game after that.
Hope he will get better and will come back quickly and will continue from where he left off.
YNWA Harvey!❤

Absolutely Gutted for the lad…wish him a speedy recovery 💯

The injury will be a crushing blow to the young lad who was looking so comfortable in the Premier League. He has shown immense maturity and Klopp has described him as a “top player.”

🗣 "He's an incredible player. We have to be there and we will be there, we will play football without him but we will wait for him as well, because he is a top top player."

An emotional Jurgen Klopp speaks about the injury that Harvey Elliott suffered pic.twitter.com/2OjqIWBTfC

While Liverpool have enough depth in midfield to cope with Elliott’s absence, the news certainly has rocked the club given the youngster’s impressive start to the season.

Meanwhile, Liverpool have made a solid start to their 2021-22 Premier League campaign. They are unbeaten in the league so far, picking up three wins and a draw.

However, the joyous mood has been completely overshadowed by Elliot’s severe injury.