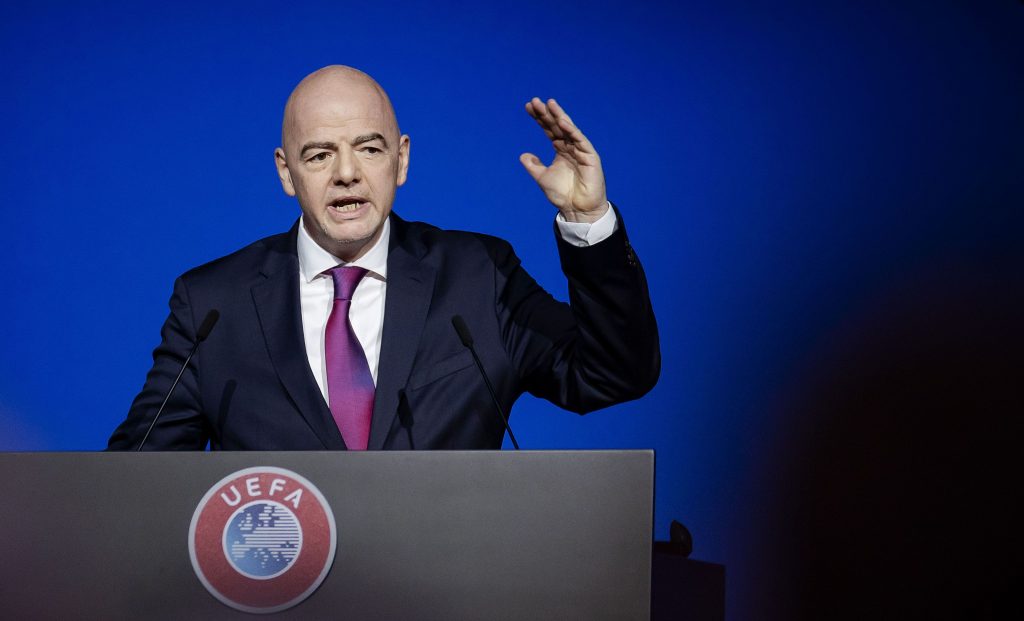 Football’s world governing body, FIFA, are set to confirm an indefinite extension to the 2019-20 season across the globe which will allow the domestic league competitions to complete the season.

At the moment, football has been postponed in almost all the countries in the world due to the global Coronavirus pandemic. The Premier League are determined to complete the 2019-20 season, but no one knows when football will resume again.

According to Simon Hughes of The Athletic, FIFA will also alter the dates of the summer transfer window and permit contract extensions for players whose deals run out on June 30.

The decision is likely to be revealed in the next 48 hours. There have been suggestions for the season to be declared null and void, but FIFA will allow maximum flexibility to complete the season.

Although FIFA does not completely dismiss the option of calling the season null and void, the latest step reduces the chances of it being cancelled altogether.

The news will come as a huge boost for Liverpool fans. The Reds are only two wins away from lifting their first Premier League title in 30 years, and an extended break could help them achieve that dream.

Also, the latest decision will come as a boost for the likes of Leeds United and West Brom, who are aiming to get in the Premiership.

Here are some of the best reactions from the Liverpool fans on Twitter:

It's good news… probably. The only doubt is that putting more influence over the completion of the current season into the hands of the UK authorities might just hand the decision to the loudest and most powerful clubs and can they be trusted to make objective sensible choices?

Had to be the case. How can you void a season not knowing if you can actually start the new one . . and what would be the point ??

If true then I dont understand the rush to play behind closed doors….let's play in front of crowds like it should be, when its safe