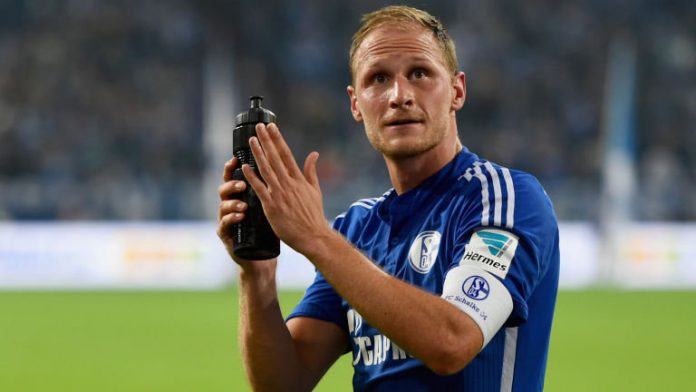 According to German media outlet DW Sports, Reds’ boss Jurgen Klopp is weighing up an £18 million bid for the 29-year-old.

Liverpool have been linked with Southampton centre-half Virgil van Dijk for most of the summer, but they were forced to publicly end their chase after Saints accused them of illegally tapping him up.

Van Dijk subsequently demanded a transfer from St Mary’s to force through a move, but Southampton’s have insisted he is not for sale.

Howedes played alongside Liverpool centre-back Joel Matip for seven years at Schalke and Klopp is keen to reunite the pair.

The German international has said he won’t join another Bundesliga club and has admitted he already has offers on the table.

“I’ve said I won’t move within (Germany) and can picture a move abroad,” Howedes told Funke Sport. “As of today, that point in time hasn’t come.

“I received offers from other clubs, after the surprising demotion from captain, that my agent checked and answered.”