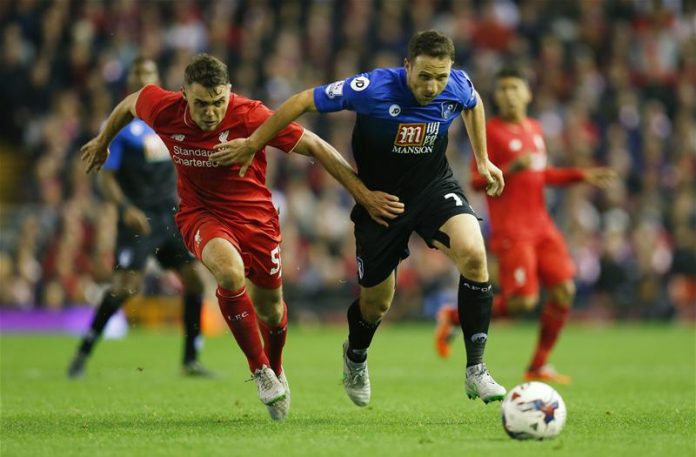 The academy graduate has been in and out of the first team this season and has impressed under new manager Jurgen Klopp.

Randall has been used as a backup to Nathaniel Clyne and has mostly played in the cup games and in the Europa League.

The young defender is rated highly by the Liverpool academy staff and has a bright future ahead of him.

Randall confirmed that he is delighted to sign a new deal with Liverpool and is looking forward to continue his development at Anfield.

Randall told Liverpoolfc.com: “I’m obviously made up to sign a new deal, giving me the chance to stay here for longer, keep working, looking to improve under the manager.

“I’m delighted and very grateful. Since the first day you come in, that’s the goal. You want to get into the first team, be involved and around it.

“It’s a dream come true to be in the situation I am. To sign a contract today, I’m very pleased and grateful for the chance.”

Goalkeeper Ryan Fulton has been rewarded with a new deal as well.

With Flanagan coming back from injury soon and Randall signing a new deal it seems the end is near for Jose Enrique. The Spaniard has failed to impress the new manager and has struggled to break into the first team this season.

Enrique has been playing for the Liverpool U21s this season.