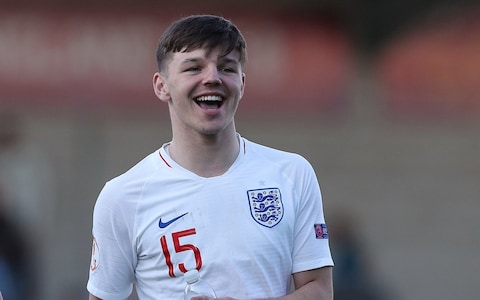 Liverpool have agreed a deal for highly-rated centre-forward Bobby Duncan, reports the Telegraph. The Reds have landed a talented player from Manchester City who is the cousin of Steven Gerrard. Duncan recently announced he was leaving the Sky Blues at the end of his contract this summer, and it appears Liverpool have won the race for his signature.

With Gabriel Jesus, Sergio Aguero and Raheem Sterling standing in his way of first-team football at Manchester City, the 17-year-old had little choice but to seek a move elsewhere. Manager Pep Guardiola has shown a pathway to the senior side for City’s most talented youngsters, but opportunities have been sparse for the majority of players.

Duncan refused to sign a professional contract at City, reportedly training away for a number of months, and will instead sign for Liverpool. The Merseysiders will pay the Manchester giants £200k as compensation. With family ties to Gerrard, it seemed almost destined that he’d end up joining Liverpool in his career.