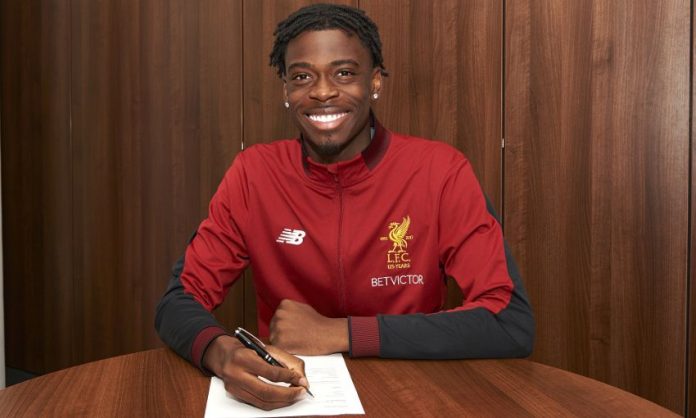 Liverpool confirm they have agreed a new deal for Ovie Ejaria and will immediately loan the midfielder out to Rangers for the 2018/19 campaign. The 20-year-old signs a four-year contract with the Reds and will join Steven Gerrard in Scotland for the season, subject to international clearance.

And with no guarantees over playing time at Anfield next season, Ejaria has joined Rangers to continue his development at a competitive level. Gerrard will be his temporary manager, having been appointed from the Liverpool u18s earlier this summer, meaning he can gain invaluable advice from one of England’s greatest ever midfielders.

Ejaria didn’t stand much of a chance of featuring for Liverpool next season, with Jordan Henderson, Georginio Wijnaldum, Alex Oxlade-Chamberlain and James Milner being joined by Naby Keita and Fabinho as Jurgen Klopp’s options in the middle of the park, so a loan move is ideal to ensure he doesn’t become stagnant in the reserves.