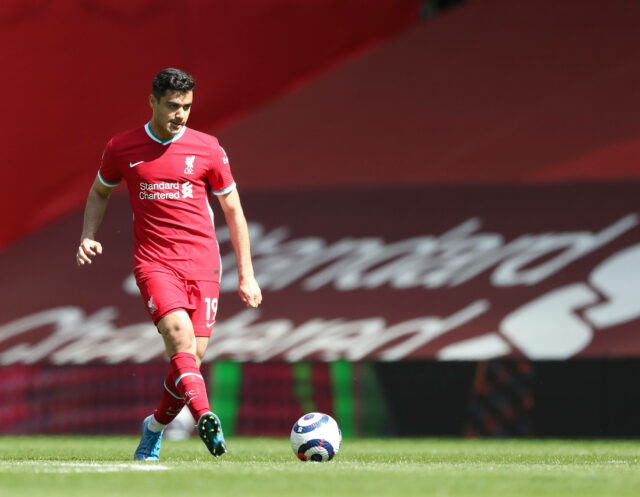 Leicester City are close to signing Ozan Kabak from Schalke this summer.

According to Rudy Galetti, the Foxes have clinched the signing of Kabak, who spent last season on loan at Liverpool.

Kabak joined the Reds in the January transfer window on loan and did reasonably well.

Liverpool had the option to sign him permanently this summer, but they opted not to use it.

They have since signed Ibrahima Konate from RB Leipzig for £35 million.

Earlier this month, Leicester submitted an official bid of around £8m to sign the Turkish defender.

Galetti claims that the bid has been accepted and that final details are being discussed by the two clubs.

Once that gets sorted out, the medical will be scheduled.

🚨✅ Negotiations at final stage beetween #Leicester and #Schalke04 for Ozan #Kabak 🇹🇷. #Foxes official bid (around £8) has been accepted: the final details are being discussed before the medical are scheduled. 🩺🐓⚽ #Calciomercato #Transfers #EPL #Bundesliga https://t.co/UJXHvYXjgQ

The 21-year-old is a highly talented defender and would be a smart signing for the Foxes.

His Premier League exposure last season will help him settle down quickly at Leicester.

They have been very active this summer, making some excellent signings.

Midfielder Boubakary Soumare has been signed from Lille, while left-back Ryan Bertrand has joined on a free transfer.

Leicester are also planning to intensify contract talks with Youri Tielemans this month amid interest from Liverpool.

James Maddison has been targeted by Arsenal this summer, but it looks unlikely that the Gunners will make a formal move for him.