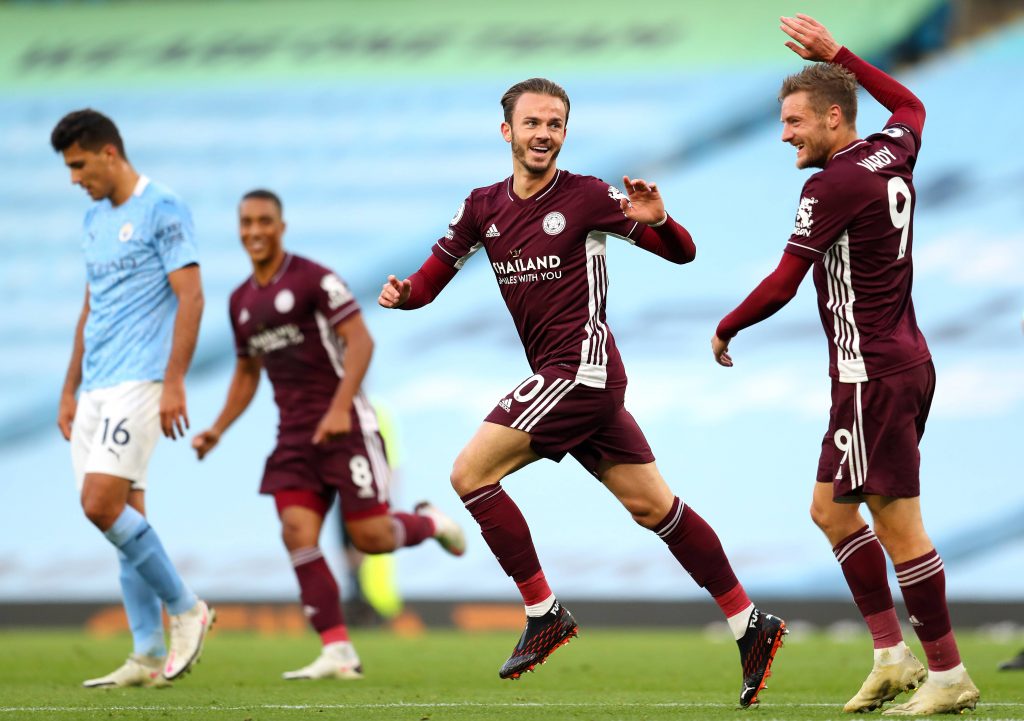 Wembley Stadium will play host to the Community Shield encounter between Leicester City and Manchester City on Saturday evening.

Often considered the campaign curtain-raiser, the FA Cup winners will tackle the Premier League holders to claim the first piece of silverware in 2021/22.

A 1-0 victory over Chelsea in last season’s FA Cup final fired Leicester to only their third appearance in the Community Shield showpiece event.

After lifting the trophy in their Community Shield debut in 1971, the Midlands outfit succumbed to a 2-1 loss to Manchester United in 2016.

But the identical 1-0 triumphs at Wembley this calendar year could give Brendan Rodgers’ side some confidence heading into the clash.

The Foxes experienced an underwhelming pre-season campaign, having won just one of their four warm-up matches (D1, L2).

With Wesley Fofana out of the picture for the upcoming game after picking up an injury in a 3-2 friendly win over Villarreal, Rodgers will be short of reliable defensive options.

Meanwhile, Boubakary Soumare and Patson Daka should make their competitive debuts for Leicester.

Soumare arrived at the King Power Stadium after helping Lille beat Paris Saint-Germain to the Ligue 1 title last season and should be a huge midfield addition.

On the other hand, Daka joined the club following a sensational season in the Austrian Bundesliga with RB Salzburg.

Despite a stuttering start to the 2020/21 season, City strolled to the Premier League title last term, leaving second-placed Manchester United 12 points behind.

It marked the Cityzens’ third Premier League title in four years, with both of their previous Community Shield appearances under Pep Guardiola resulting in success.

City opened the scoring within 15 minutes of play in both Community Shield appearances under the Spanish manager, highlighting the potential for plenty of early action.

The reigning Premier League champions were ruthless in the off-season campaign, winning all three summer friendlies by an aggregate score of 10-1.

But it is worth noting that each of their pre-season opponents came from lower divisions.

Phil Foden remains the only certain absentee after suffering a foot injury.

Leicester will be desperate to erase the memory of their recent meetings with City, having lost four of their last five encounters across all competitions (W1).

Another noteworthy takeaway from those clashes is that the Foxes conceded at least once beyond the 65th minute on all five occasions.

Preventing the Cityzens from finding the net will be another uphill task for Rodgers’ boys, considering they have failed to keep a clean sheet in any of their last 13 competitive H2H duels.