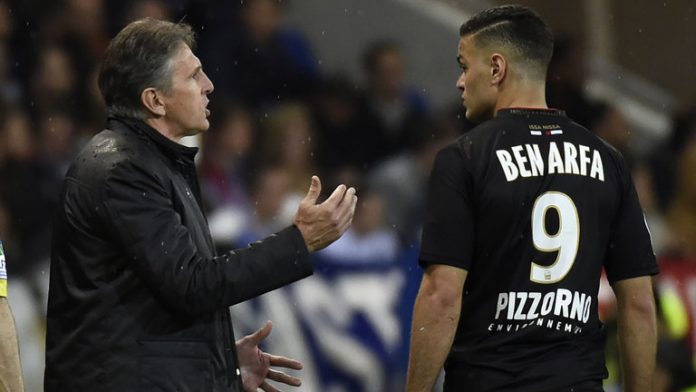 PSG attacker Hatem Ben Arfa could be on the move during the January transfer window and it appears that Leicester City are leading the chase for him.

According to latest reports (via SportWitness), the former Newcastle United star is a target for Turkish giants Fenerbahce. However, they will have to compete with the Foxes for his services.

Apparently, the arrival of Claude Puel has put Leicester City in the driving seat. Puel worked with Ben Arfa during his time as the manager of Nice and he managed to get the best out of the Frenchman.

The 30-year-old could be a solid addition to Leicester’s attack in January. Ben Arfa has already shown that he has the talent to win matches on his own and if he can rediscover his Newcastle form, he could take Leicester to the top half this season.

Puel has been quite impressive so far and the fans will be delighted if he manages to sign the PSG winger. He helped get the player’s career back on track at Nice and therefore the player might want a reunion if the interest is genuine.

Fenerbahce tried to sign Ben Arfa in the summer and they are hoping to sign him in January. It will be interesting to see whether Puel manages to convince the player now.