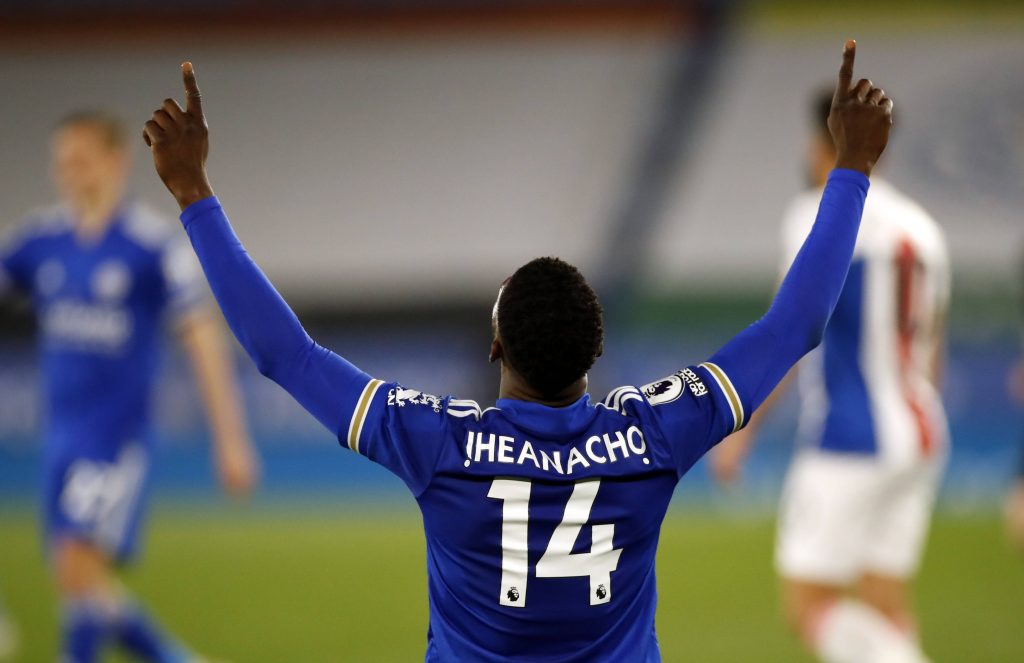 A section of Leicester City fans on Twitter expressed their delight over Kelechi Iheanacho’s performance against Crystal Palace in the Premier League.

The Foxes made an unfavourable start at the King Power Stadium yesterday as Wilfried Zaha opened the scoring for the visitors after just 12 minutes.

The Eagles managed to hold onto the slender advantage until the break. Shortly after the interval, the Foxes levelled proceedings through Timothy Castagne.

Iheanacho showed good composure to keep possession in the box before passing to the onrushing Castagne, who scored with a sublime left-footed shot.

Palace nearly retook the lead in the 55th minute, but Jonny Evans was on guard to make a terrific last-ditch tackle on Christian Benteke.

The game appeared to be heading for a stalemate before Iheanacho unleashed a superb left-footed shot into the roof of the net in the 80th minute.

The Nigeria international showed quick feet to turn his defender before scoring from a tight angle, which saw Vicente Guaita rooted to his spot.

Iheanacho’s contribution pleased some of the club’s supporters on Twitter, and here are a few reactions.

A kind of beautiful symmetry in Kelechi scoring that tonight. I genuinely thought he was finished with us after the game at Selhurst. I’m struggling to fathom that it’s the same player

Two huge moments in that game. The #Evans tackle and then the #iheanacho strike. Now for #southampton to complete a perfect week ✅👍💙

From Zero to Hero, Kelechi Iheanacho "The Seniorman" 💙🦊

The 24-year-old had a poor outing against Crystal Palace in the 1-1 draw in December, where he missed a penalty and squandered scoring chances.

He made amends last night with a goal and an assist, putting the Foxes in a strong position to finish in the top four with five games to play.

Iheanacho’s form has been exceptional over the past few months. He has netted 17 goals in all competitions, 13 of those coming since the start of March.

Earlier this year, there was much talk about the Foxes needing a new striker. Iheanacho’s form may shelve their plans to recruit a centre-forward this summer.