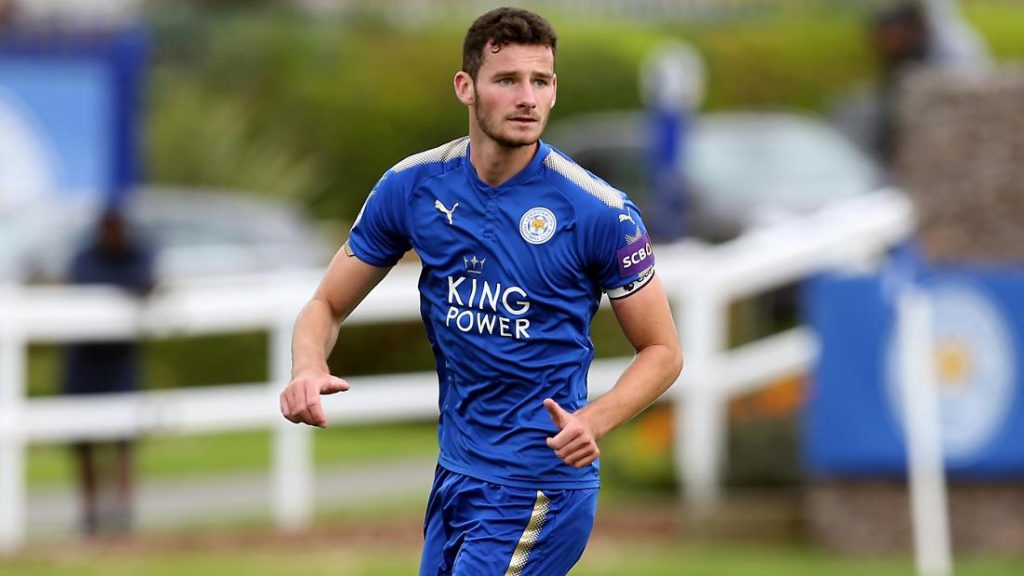 Leicester City confirm they have agreed a new deal for defender Elliott Moore, who will spend next season on loan with Belgian outfit Oud-Heverlee Leuven. The 21-year-old spent last season Leuven, making 35 appearances, and will return to the Den Dreef for 2018/19 as first-team football for Moore looks unlikely at Leicester.

City had Harry Maguire, Wes Morgan and Aleksandar Dragovic at centre-back last season and clearly didn’t feel they needed the England u20 international in the squad. As for OH Leuven, the Belgian outfit finished second in the first stage and third in the Second Division. If Moore has another good season with the OHL, he could be in first-team contention at City next year.

Leuven are managed by former Leicester boss Nigel Pearson and are owned by City chairman Aiyawatt Srivaddhanaprabha. The original loan deal was likely dependent that Moore would get regular first-team football under a well-known coach that would take good care of him.

His new deal at the King Power Stadium does prove he has a future with the Midlands club, so now he needs to develop to ensure he’s no longer playing reserve team football when he returns. Moore racked up more than 50 appearances for Leicester at youth level.