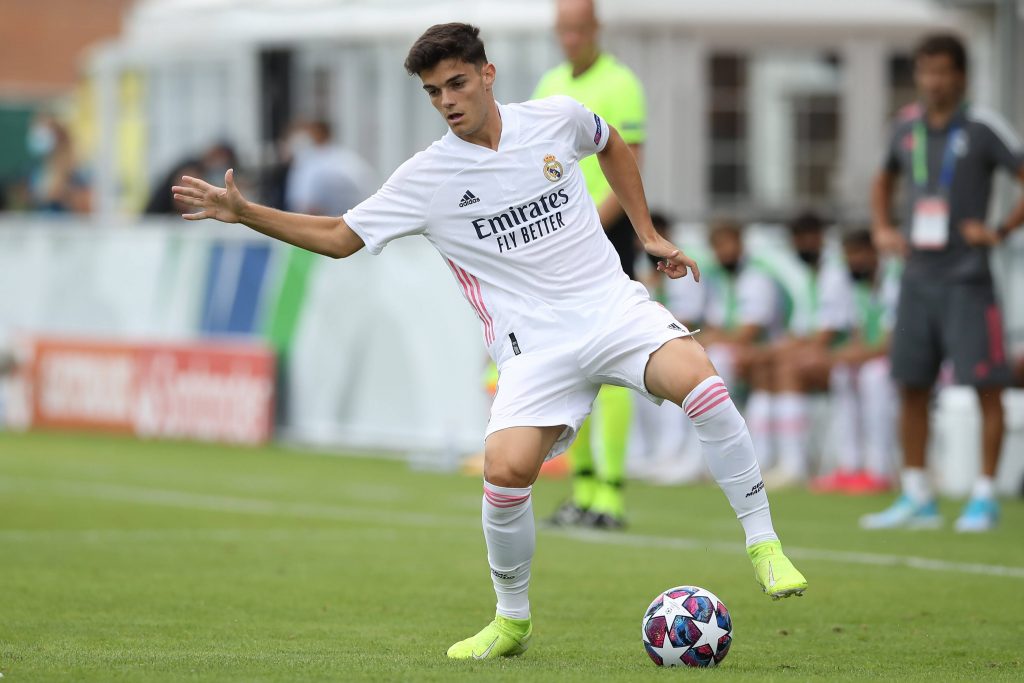 According to TEAMtalk, Leeds United are keeping tabs on Real Madrid’s Miguel Gutierrez as they look to add quality cover and competition at left-back.

The Elland Road outfit have Ezgjan Alioski and Stuart Dallas as their options at left-back, but the latter has played mainly in midfield this season, while the former has been linked with a summer exit when his contract expires at the end of the campaign.

Leeds head coach Marcelo Bielsa wants a new left-back this summer, and Gutierrez has been offered to director of football Victor Orta.

The Whites are keen on a loan deal for the teenager with a view to a permanent deal, but they are not the only ones keen on the 19-year-old.

Juventus and Inter Milan have also been linked with the Madrid academy graduate, while Tottenham Hotspur boss Jose Mourinho also wants him after failing to secure his services while he was Manchester United manager.

Gutierrez opted to remain at Madrid at the time and has since caught the eyes of boss Zinedine Zidane.

With Ferland Mendy the undisputed first-choice left-back at the club and David Alaba tipped to join in the summer from Bayern Munich, the youngster could be allowed to leave Madrid temporarily in the coming months.

Some La Liga clubs want him on loan, but Leeds could be more attractive to him and Madrid, given how the Whites have caught everyone’s attention since returning to the Premier League.

Bielsa believes you are old enough if you are good enough, and Gutierrez can force his way into the Argentine’s first-team plans if he manages to impress him.

Leeds also have Brest left-back Romain Perraud and Hibernian left-back Josh Doig on their radar, so they are not short of quality targets ahead of the summer transfer window.

In other news, Barcelona have reportedly joined Leeds in the race for Argentine.