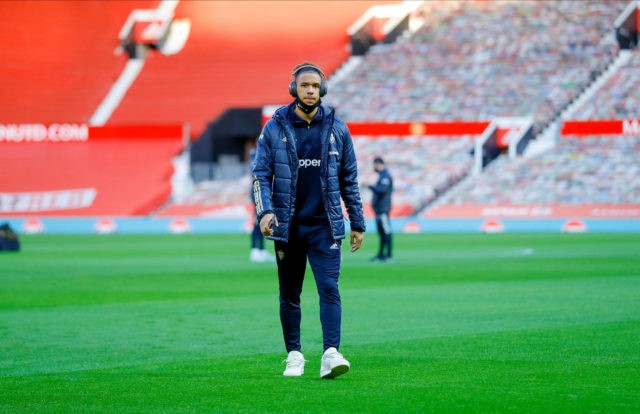 Leeds United fans are speculating on social networking site Twitter that Tyler Roberts could leave the club this month on loan.

Roberts was not even on the playing squad for the trip to north London as Leeds lost 3-0 against Tottenham Hotspur.

After the game, Leeds boss Marcelo Bielsa said that he was “unavailable”, without providing any further details.

The 21-year-old has managed only two starts, while further six appearances have come from the bench, for Leeds this season in the Premier League. He is yet to score or provide an assist, and many fans feel that it would be nice for him if he gets a loan move.

There are some fans who felt that Roberts could have picked up coronavirus, and hence was not included in the side.

Loan for Roberts then? One assumes which he needs. Still think he can be good for us, but needs a good run up front for a club.

Lacked some fire power on the bench today. Not saying Roberts is the answer but needed some alternative today.

Roberts must be COVID related. They aren’t allowed to say if a specific player has it or not. Prob the reason for lack of detail.

Do you think Roberts is heading out on loan Phil? Any word on the grapevine?

I think roberts will be leaving this month

Leeds once again enjoyed loads of possession but they didn’t rattle the Spurs defence.

Towards the end of the game, Leeds did try to create some good opportunities but one could feel that Spurs were pretty comfortable in defence.

While Roberts wouldn’t have made a huge difference had he been introduced, one can’t deny the fact that Leeds needed alternative options in the attacking sector.

It will be interesting to see if Leeds at all are planning to send Roberts out on loan.

Leeds do not have a massive squad and they have been unlucky with injuries as well so far. Unless they have a replacement in mind, it won’t be a smart idea to offload Roberts as he can be a very useful squad player.