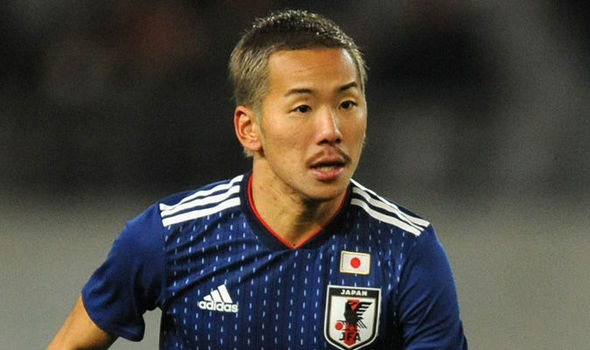 Leeds United midfielder Yosuke Ideguchi has moved to Bundesliga 2 side SpVgg Greuther Fürth on loan for the rest of the season, the club has confirmed.

The 21-year-old joined Leeds in January 2017 from J League side Gamba Osaka. He was immediately sent on loan to Cultural Leonesa for the rest of the campaign -a move that didn’t work out for him.

He returned to the Yorkshire club this summer and even played for the Leeds reserves. The Japanese midfielder is yet to make a first team-appearance at Elland Road, and won’t be aking any part in the 2018/19 campaign.

The midfielder is under contract at Leeds till 2022, but the deal includes an option to buy him at the end of the season.

The move has come after Leeds boss Marcelo Bielsa has admitted that he can’t guarantee the player regualr game time this season, adding a loan move away from Elland Road would be ideal for him.

Leeds fans have taken to Twitter to express their reaction on Ideguchi’s departure. Here are some of the selected tweets:

Can’t help but feel this is the kind of move he should have made last season. Asian players have unrivalled success in Germany in comparison to other European leagues. If he’s to be a success for us he needs to prove it in Germany @HOLmES11 @BenMacca1981 @ls_paley

A purchase option on him too Phil… sounds like he won’t play at all for us?

From the top of his game in Japan to the middle of obscurity. Poor bloke.

This has to be one of the most bizarre transfer dealings from Leeds in recent years. He was signed after breaking into the Japan national team, but lack of game time on his loan spell meant he was dropped from the Japan World Cup squad this summer.

After returning to his parent club, he found out that he was surplus to requirements. He has not been given a fair chance, and it is unlikely Ideguchi will play for the Elland Road club again.