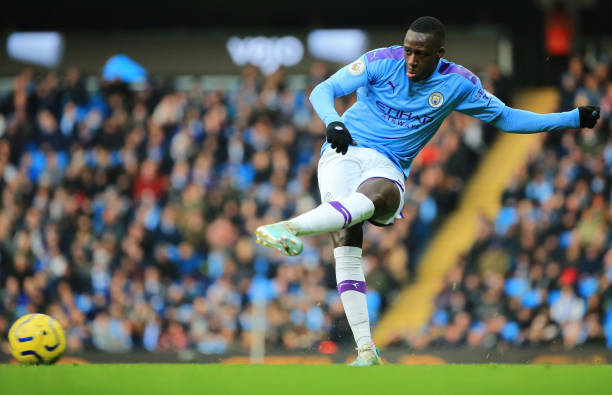 Both Frenchmen witnessed the Whites come from two goals down to run out 3-2 winners against Millwall.

Mendy played under Leeds boss Marcelo Bielsa in Marseille and was influential in convincing Augustin to move to Yorkshire as they both share the same agents.

The Premier League star will definitely love to reunite with the Argentine tactician if he had his way, and a lot of Leeds fans have jokingly asked the club to sign him.

Here is how some of them reacted to the picture of him at Elland Road:

Come on @benmendy23 get Pep to sanction a cheeky 6 month loan, you know you want it 😉

Imagine 📝 the scenes though

Get a transfer form in that man's back pocket on the way out.

We can fit him in the squad.

Leeds returned to the top of the Championship as a result of last night’s win, and they will find themselves playing against Mendy’s Man. City next season if they can keep replicating such performances going forward this term.

Augustin will hope to play a huge role in Leeds’ promotion bid, and yesterday’s game would have definitely inspired him.

The 22-year-old will look to provide quality competition for Patrick Bamford who grabbed a brace last night, and it will be interesting to see how he fares.