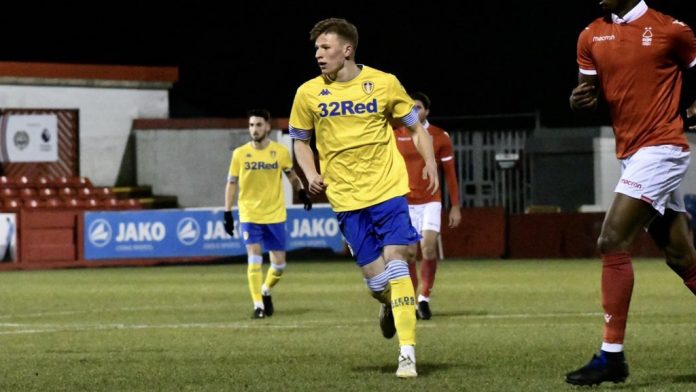 Mateusz Bogusz made his debut for Leeds United in a U23 game last night.

The highly talented youngster managed to make quite the impression with his directness, pace and agility.

It will be interesting to see if he can force his way into Marcelo Bielsa’s first team plans anytime soon.

Either way, Bogusz seems like a phenomenal talent with a big future ahead of him.

The 17-year-old completed ninety minutes against Nottingham Forest last night and he will be looking to build on this performance going forward.

If he can keep performing at this level with consistency, he will be rewarded with a first team call up soon.

Bielsa has put his faith in young players before, especially the ones who have proven themselves at the youth level.

Leeds fans seem quite impressed with their new signing as well. They took to Twitter to share their thoughts on the midfielder’s display and here are some of the fan reactions from earlier.

Has Orta unearthed a little gem in Bogusz ? Banging first touch on him and it seems very soon for him to make his start for the U23s ? #lufc #mot

Mateusz Bogusz looking very impressive 30 minutes into his debut here. Some lovely touches and getting into good positions. He’s a lot stronger than I thought too. #LUFC

Bogusz first game for Leeds United u23s and in England, he’s been brilliant, looks a real find from Orta and co. #LUFC

Bogusz is the real deal. #lufc (copyright)
Edmonson is a yard quicker this year