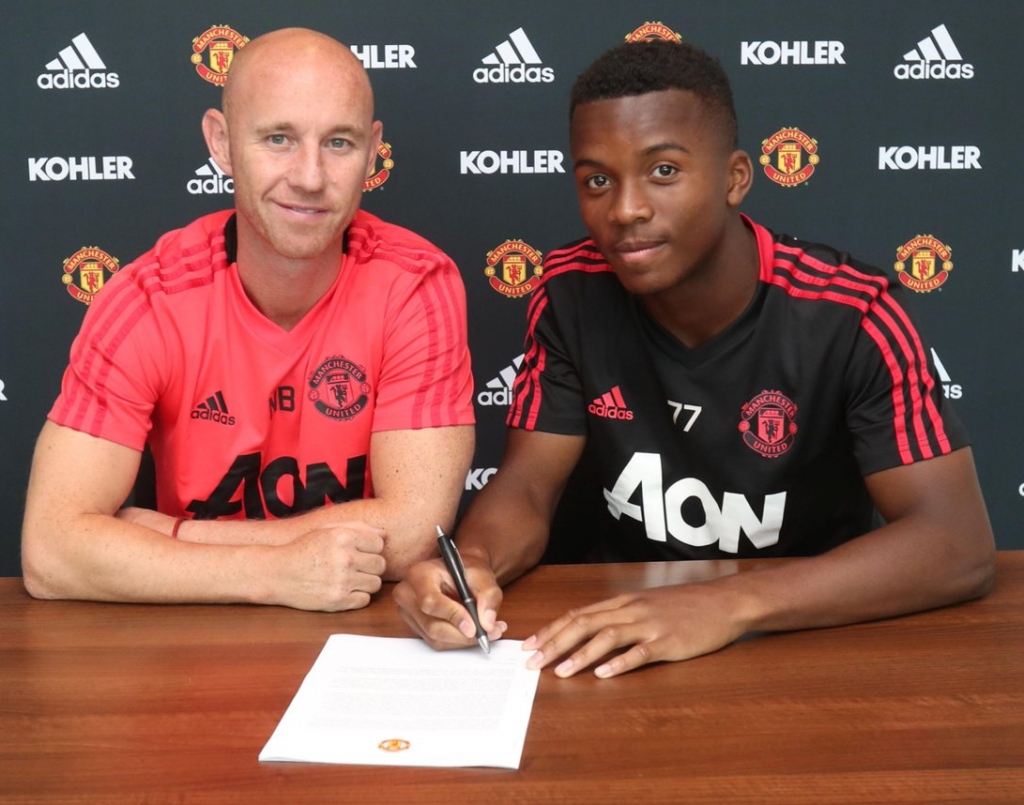 Ethan Laird has joined Manchester United’s professional ranks and says “it’s a dream come true” to be rewarded for his fine form in the academy with a first adult contract. United confirmed the deal on Monday morning, highlighting his fantastic performances under Nicky Butt at youth level, and Laird said he couldn’t be happier.

The defender revealed: “It’s like a dream come true. I know it’s a cliché to say that but it really is. From the age of nine, growing up in the Academy and seeing players above you get to the places you want to be, it’s just something you strive for. I’m really, really happy.”

Laird is capable of playing right-back and centre-back and has risen through the youth ranks to the fringes of the first-team, having turned out once for the reserves. The 17-year-old has made 22 appearances for the u18s, scoring and creating five goals, while featuring eight times at u19 level in the UEFA Youth League. He’s also represented the England national team at u17 level.

The United defender has some way to go before he’ll be in the first-team, not to mention stiff competition from the likes of Antonio Valencia, Diego Dalot and Ashley Young at right-back, but the future could be bright for Laird. Valencia and Young aren’t getting any younger and could be on their way out next summer, so if Laird can impress this season, he could be called upon.

Time will tell, but after signing a professional contract, the hard work starts now to ensure he continues developing.