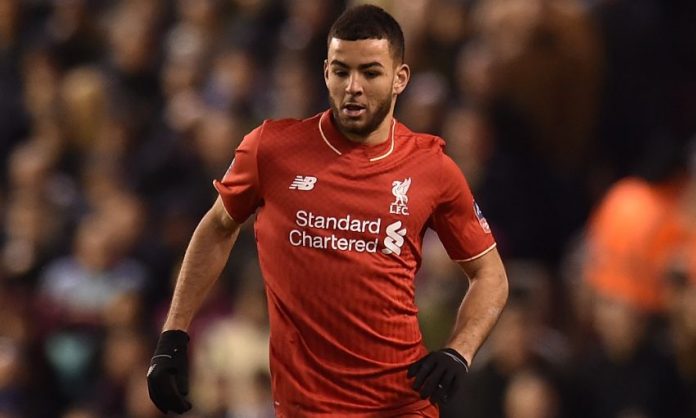 Liverpool midfielder Kevin Stewart has signed a new deal that will keep him at the club for the next four years.

The former Tottenham midfielder has done an excellent job for the Reds in the cup games and new manager Jurgen Klopp has decided to reward him with a new contract.

Stewart primarily operates as a defensive midfielder and has been a very good backup option for the Brazilian midfielder Lucas Leiva.

The young midfielder made his mark in the cup games for Liverpool and was then handed his Premier League debut against Aston Villa earlier this month.

The 22-year-old will be disappointed after picking up an ankle injury that has stalled his progress but claimed that he is delighted with the faith the club has shown in him.

He said: “It gives me more confidence, it shows [the club] believes in me and believe that I could go on to become a good player for them.”

“It has just given me confidence in myself and the security [I have] time to prove myself and get better with good coaches and good players.”

Liverpool fans will be happy to see that Klopp is willing to give the young players a chance and wants to develop them into first-team stars rather than splashing out on new squad players.