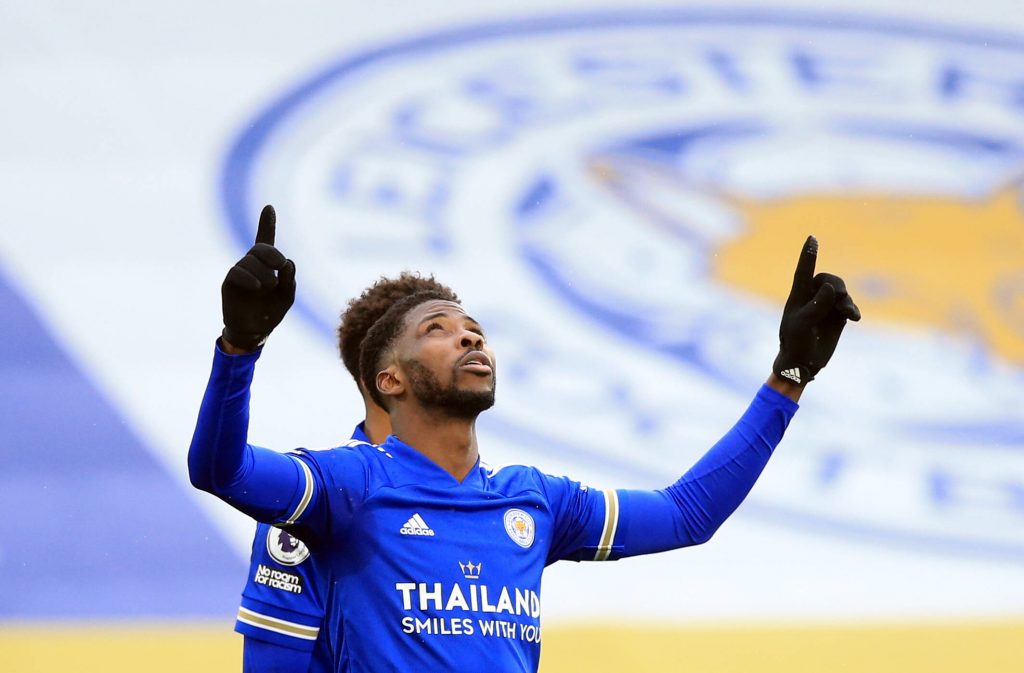 Kelechi Iheanacho has been named as the Premier League’s Player of the Month for March 2021.

Your @EASPORTSFIFA Player of the Month is @67Kelechi 🌟#PLAwards pic.twitter.com/IN9etLZhu7

He began the month in fine style, scoring an excellent volley from compatriot Wilfred Ndidi’s pass as Leicester City snatched a draw away at Burnley.

Iheanacho continued his goalscoring form three days later, netting an equaliser against Brighton & Hove Albion. The Foxes would go on to win the game thanks to a late goal by Daniel Amartey.

But it was the following fixture where the Nigerian really shone. Up against a managerless Sheffield United side, Iheanacho bagged a hat-trick.

He opened the scoring with a tap in from Jamie Vardy’s low cross and later got his second after another Vardy assist. The Leicester striker completed his hat-trick with 12 minutes remaining, slamming in at the near post from long range.

It was not just in the league where Iheanacho was in fine scoring form. He also netted two in the 3-1 FA Cup quarter-final victory against Manchester United, taking his tally for the month to seven.

Up next for Leicester, they have two potentially crucial league clashes against Man City and West Ham United before an FA Cup semi-final fixture at Wembley against Southampton.