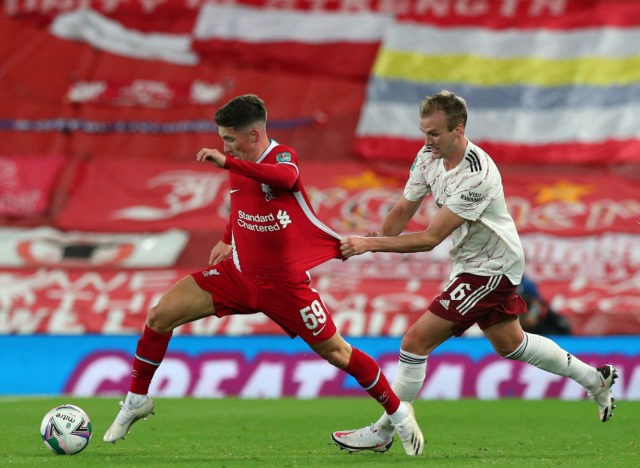 Liverpool boss Jurgen Klopp has showered heaps of praise on Harry Wilson after the Reds were beaten 5-4 on penalties by Arsenal in the Carabao Cup clash.

The home side created some very good chances but couldn’t find the net during the course of 90 minutes. Arsenal then edged out Liverpool on penalties to reach the quarter-finals of the Carabao Cup.

The Reds boss was full of praise for his young players despite the defeat.

Rhys Williams and Neco Williams both started, while Harry Wilson made his full Reds bow despite ongoing speculation on his future.

The Reds boss was heavily impressed with Wilson despite him missing the decisive spot-kick in the shoot-out.

“Harry Wilson, my God, he played in centre-mid and defended well. I like a lot of parts of the game but we lost in the end and that’s the part I don’t like,” said Klopp, as quoted by Liverpool Echo.

Wilson is a highly-rated left-footed winger who came up through the youth ranks at the club. However, it’s really difficult for him to get into the first-team, and the Reds probably will look to offload him this summer.

Premier League outfit Burnley are keen to sign him. However, the Claret’s opening offer is thought to fall some way short of the Reds’ initial asking price.