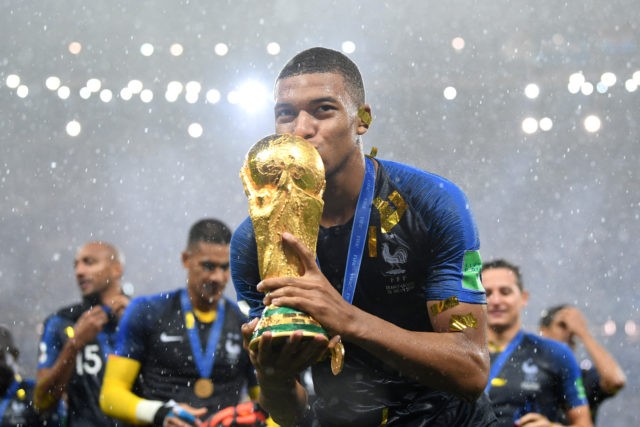 Liverpool boss Jurgen Klopp has showered heaps of praise on Paris Saint-Germain star Kylian Mbappe, saying he is a player with the ‘biggest future’.

The 34-times capped France international and World Cup winner has enjoyed a fantastic 2019-20 campaign, scoring 29 goals and providing 17 assists in 30 appearances in all competitions.

He has been frequently linked with a move to Real Madrid, but recent reports suggest Premier League leaders Liverpool are also in the hunt for his signature.

Mbappe is widely regarded as one of the best players in the world and the Reds will have to pay a handsome fee in the region of £250m for his signature.

Liverpool need to sign an attacking midfielder if the likes of Adam Lallana and Xherdan Shaqiri depart, but signing Mbappe is almost of the question. Unless Liverpool sell the likes of Sadio Mane or Mohamed Salah, it looks impossible to sign the 21-year-old in the next transfer window.

Klopp has fuelled the speculation that Liverpool will enter the market for Mbappe by identifying him as the most brightest young talent in Europe.

When asked whether he would like the opportunity to coach Lionel Messi, Cristiano Ronaldo or Sergio Aguero, Klopp replied: “Where is Neymar on that list? Where is [Robert] Lewandowski on that list? There are so many good players out there, and they are all really good. I had Lewandowski,” Klopp told beIN Sports.

“Mbappe has the biggest future. We can speak about Jadon Sancho as well, so they’re all coming up.”

The former Monaco forward did speak out on his admiration for Liverpool earlier this year, seemingly hinting that he would like to play for the Anfield giants.