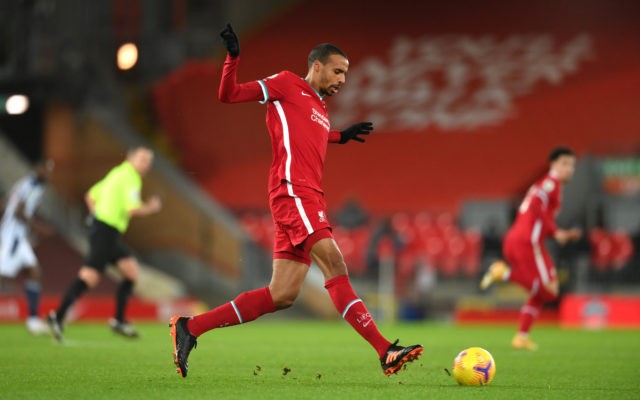 Jurgen Klopp admitted before the kick-off against Manchester United that Joel Matip will be available for selection next week.

Matip returned to training on Friday but Klopp didn’t take the risk with him. He used skipper Jordan Henderson at the back alongside Fabinho.

When asked to comment on Matip’s fitness, Klopp said:

“He will be in the mix, but I don’t know,” the manager told Liverpoolfc.com.

“I’m pretty sure he trained today, another tough session, [that] means [he] will be from tomorrow on with us. Probably yes, we don’t know.”

It seems the Cameroon defender has recovered from an adductor injury he sustained last month.

He is likely to come in contention for Thursday’s Premier League meeting with Burnley or the FA Cup tie at Old Trafford that follows.

In the absence of Virgil van Dijk and Joe Gomez, Matip remains the only recognised senior centre-back at the club.

Matip has made over 120 appearances for the Reds since joining the club in 2016 and Klopp hailed him as an ‘incredible football player’ earlier this season.

Liverpool are unlikely to sign a new defender this month, and Matip will have to play a key role till the end of the season.

His inclusion in the side plus another natural centre-back alongside him will see the likes of Fabinho and Henderson returning to central midfield. It will give Liverpool the much-needed balance they’re lacking at the moment.

Liverpool have dropped to fourth in the Premier League table, three points behind league leaders United.