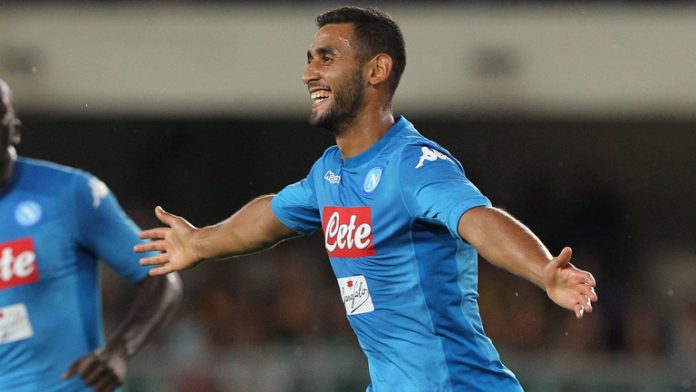 Manchester United have been linked with a move for Napoli left-back Faouzi Ghoulam.

The 27-year-old is currently recovering from a broken kneecap, but RMC Sport has claimed the Red Devils have been in touch with his agent, Jorge Mendes, over a £26 million transfer to Old Trafford.

Red Devils’ boss Jose Mourinho is in the market for a new left-back with Luke Shaw set to leave in the summer and Ashley Young approaching the latter stages of his career.

United could face a battle for Ghoulam’s services from other Premier League clubs, with Liverpool and Chelsea also believed to be interested in signing the defender.

Ghoulam has made 153 appearances for Napoli since joining the club from Saint Etienne in 2014.

He has been capped 37 times by Algeria, scoring five goals.

Mourinho is eager to reshape his defence this summer as he bids to build a side capable of mounting a serious defence for the Premier League title.

Shaw, Daley Blind and Matteo Darmian have all been linked with moves away from Old Trafford, while the futures of Phil Jones and Chris Smalling are also in doubt.